So! You’re traveling around Australia and you want to get from A to B. These are your choices:

a. Rent a car for a million bucks.

b. Buy a car but take on the risk on not getting is sold soon enough or losing out on it or breaking down…

c. Rent a campervan for even more money than a car.

d. Hitchhike, not a bad option, but unpredictable.

Alright, so if these are your options, it’s not so bad. If you have time and/or money that is… So which is really the right option? If you’re trying to get from A to B? I think the best decision would be…

e. Do a campervan relocation in Australia!

Yep, sorry, there was a choice ‘e’ but don’t think I’ll leave ya hanging! Here’s the lowdown on what a campervan relocation in Australia entails and my experience with it. It’s really the best way to get around the country if you’re just trying to get to another city.

For a visual explanation, check out Garrett’s video:

What is a Campervan Relocation in Australia?

In short, a campervan relocation in Australia is when you help a company get their vehicle from point A to point B for them, and in return, they charge you very little for the use of their vehicle.

It’s like a one-way car rental except way better because it’s also your accommodation.  This is a great deal for those who want to get someplace else without the hassle of luggage fees on top of the pricey ticket of a flight or pay out the nose for a rental vehicle (and even more for not being able to return it to the original rental location).

However, the one downside of this is, they often give a tight time limit and you’ll need to get to point B to return that car on time, or they can charge you for an extra day.

This is usually for individuals who want to get from A to B, and not stop often and enjoy the way.

How Does One Find a Campervan Relocation in Australia?

If you like stopping often and want to see things along the way while enjoying a holiday, this is definitely not for you. We were moving to Darwin to start working right away. We were moving there with some of the stuff we’ve accumulated as well, so having that extra room in the campervan was essential. If we took a flight, we would have had to get rid of a lot just to buy it again in Darwin.

Campervan details: We had a sweet ass Mercedes-Benz campervan complete with kitchenette and bathroom.

This baby was pretty damn luxurious! It’s doubtful you’ll get to rent a van this sweet unless you’re rolling in the dough.

So how did we get it? We logged on to a few different sites (coseats.com, hippycamper.com, transfercar.com…) and got alerts for what was happening during the time we wanted to go. Garrett got a notification for the perfect booking… Melbourne to Darwin for the precise time we wanted! Garrett immediately booked it and that was it. We worked our last few weeks in Melbourne and split.

The campervan was perfect for all the items we had. I mean, it was either get rid of everything and buy it again in Darwin or keep it and stuff the campervan up. We chose the latter. Everything fit perfectly and we were off!.

It’s really easy to get a campervan relocation in Australia, but the only annoying thing about it was the deposit. The deposit isn’t much of a surprise, we expected it, but we didn’t expect it to take so long to get refunded.

We had to wait at least a month for our deposit money to hit our account again. It was our only complaint, which really isn’t that bad, especially since we’re saving so much money here.

We weren’t desperate for the money, but this is a heads up as I know most travelers are usually on tight budgets. So just keep this in mind.

So How Much Did Our Campervan Relocation in Australia Cost?

*Remember gas will be more expensive in the outback. It’s hard to find gas out there so of course, they can charge more.

Remember to fill up when you can, skipping a town’s pump could mean you won’t have gas for another 400+k which could = trouble!

We actually spent $558, but the campervan company gave us a $50 credit.

We spent about $70 on food and water before we left and it lasted us almost the entire 6 days.

We bought a few extra bits along the way, things like chips, extra water, and an extra loaf of bread.

Free campsites, well, are free… But they rarely have anything but an open ground to camp on or park at. If you’re lucky, maybe a restroom. We took a “baby wipe shower” on these nights.

A campsite or caravan park averaged to be about $25-30 a night. This is a powered parking spot so we could recharge our battery to run the fridge and use the lights. There are proper toilets and showers so we didn’t have to be dirty hippies for all six nights.

These are essentially your two choices. Of course, if you have a vehicle you can’t sleep in, you’ll need a hotel or camping gear.

Our other two nights were spent at a campsite and were free.

The typical cost of our campervan: $75 per day without the extras.

What Would We Have Spent If We Would Have Taken A Plane?

Only a bit less. We were finding flights for about $250 each plus the cost of getting to the airport. However, there would have likely been added fees for extra baggage – of course! The ultimate traveler enemy! But not only that… We would have gotten rid of heaps of stuff only to buy again in Darwin.

For example, we acquired two fans (one large one) in Melbourne. They were free (Melbournians seriously leave some good stuff behind).

Of course, we wouldn’t have been able to bring them on the flight, and Darwin is hot AF, a place where you need a fan. We would have ended up spending $100+ on a new fan, but we didn’t because the fans fit in our campervan. Also, we fly all the time, this was a far better experience!

Top Tips For Your Campervan Relocation in Australia

Safety Tips for Your Campervan Relocation in Australia

Driving in the outback is crazy! If you’re close to the cities (Melbs to Adelaide) be vigilant but driving at night isn’t too bad. We saw some kangaroos! But it was just once then we stopped for the night…

Are you in the outback? Get off the road at dusk and don’t start until after dawn!

Those ‘Roos be out to get ya! And other animals too!

Everyone tells you to be very careful at that time and many people stop. Not to mention, most campsites and caravan parks were pretty full every time we pulled up to one just before sunset.

Take rests. “Revive survive.” You’ll see these signs everywhere, but it’s for real. Just listen to it, because the landscape is boring and music and coffee can only take you so far. Be careful my friends!

ALSO… Don’t drink, even on these lonely roads. Garrett had to stop at a DUI checkpoint just outside Alice Springs in the middle of the day. They pulled over everyone.

Last Words Before You Do a Campervan Relocation in Australia: 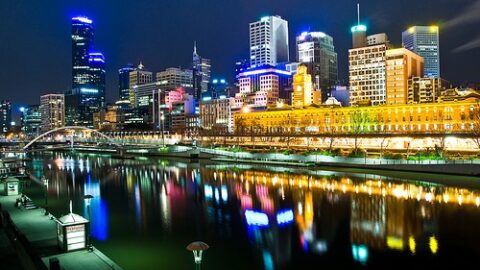 A 3-Day Itinerary for Melbourne, Australia 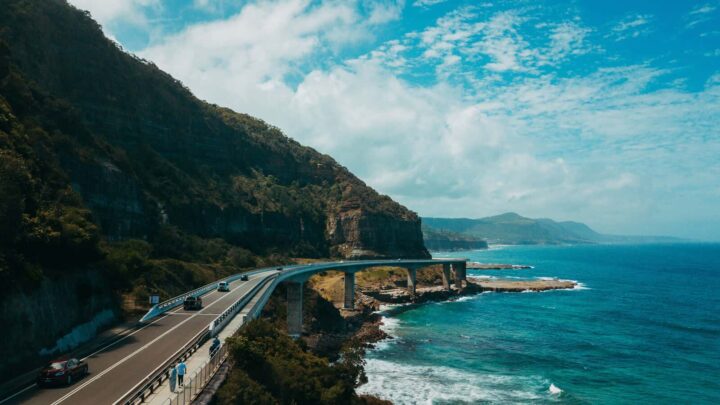 7 Ways to Save Money While Traveling in Australia 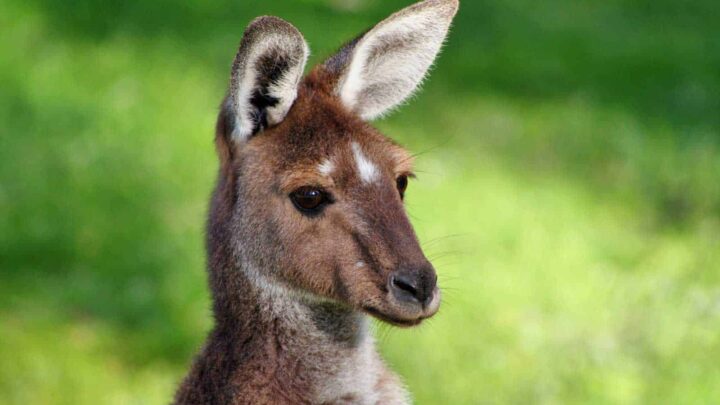 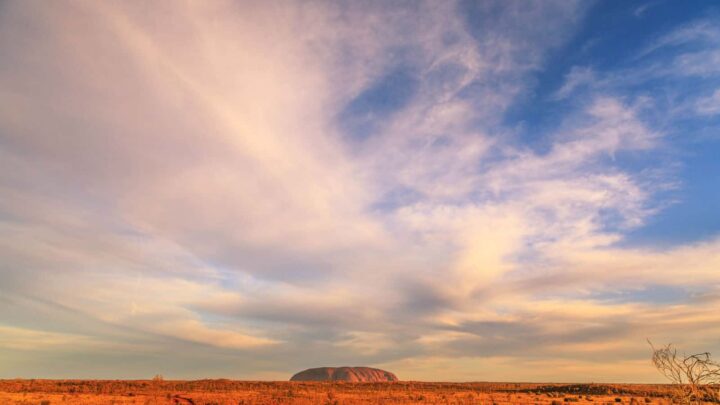 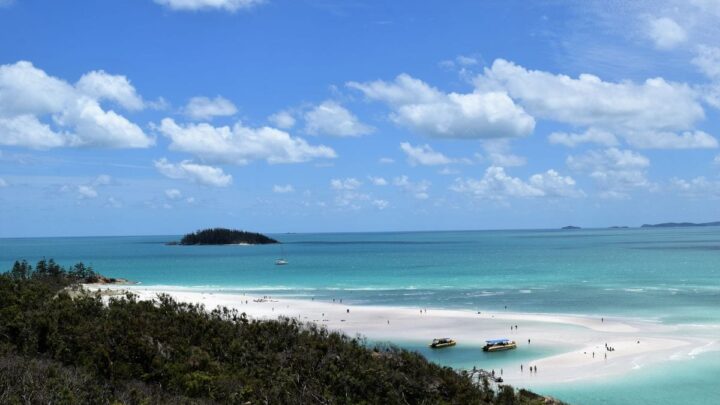 5 of The Best Things To Do In Queensland, Australia

So are you doing a campervan relocation in Australia? Tell me where you’re off to in the comments!