I must admit, flexible tripods may not be the most enthralling topic out on the internet but here you are, wondering what tripod you can get that doesn’t weigh a million pounds, and can wrap itself around objects to get you the optimum angle.

Add to that, you’re a traveler like me and you want something smaller than your average tripod, and not annoying to carry.

Let’s add just one more level to this and say you’re a content creator, again, like me, and you need something that’s tough and can be thrown around, and a tripod that can get the exact shot you need, no matter what…

And there’s essentially no talking about flexible tripods with mentioning Joby, the king of bendy tripods.

Here’s everything you need to know about these tripods, what they can be used for, and why we (Garrett and I) always have at least one on us at all times.

The Best Flexible Tripod for Traveling, Vlogging, and Pictures

No matter what you’re photographing or videoing, I’m sure one of these tripods will come in handy for you. Here’s a quick view of the tripods I’m talking about in this post.

Disclaimer: Sorry for some of the crappy pictures in this post, I decided to include some quick behind-the-scene snaps I uploaded to Instagram Stories throughout the years to show you two things:

What Are Joby Flexible Tripods?

Joby is a company that specializes in flexible tripods for cameras, ideal for those capturing content when out and about. One of their most popular products is a GorillaPod, a type of flexible tripod that allows you to get a stable shot no matter where you are in the world.

There is a huge range to choose from, no matter what type of camera you are using, from point and shoot cameras all the way to professional DSLR. The Joby bendy tripod family are among the most useful and affordable photographic accessories around. 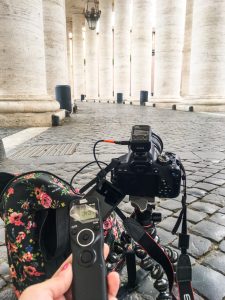 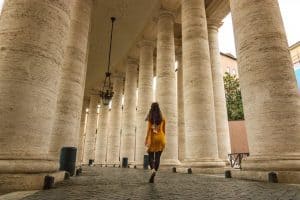 With rubber-gripping legs, it is useable in all sorts of situations because it is able to hold onto even the trickiest of surfaces. The three legs are formed using flexible joints. There are multiple models available according to the maximum weight that they support.

There are even flexible tripod models that have magnetic feet which stick to metal surfaces. Joby’s GolliaPods are super popular and useful, and its uses are endless.

What Can a Joby Flexible Tripod Be Used For?

More serious content creators can make use of the Rigs, which are basically an on-the-move mobile movie studio. In addition to the phone or camera, the rigs allow you to add mics and lights to improve the sound and lighting quality of a video (which *BREAKING NEWS* is incredibly important for video).

Benefits of a Flexible Tripod Over Other Tripods

There is a huge range of benefits to using a flexible tripod over other types of tripods.

Size – For a start, the materials it is made out of means it is smaller in size and weight, therefore much easier to carry around. It can easily be carried around inside of a day bag without weighing it down or even twisted around a strap on the outside if your bag ran out of space.

Along the same lines, this flexible tripod isn’t flashy or too noticeable. As travelers AND content creators, we have to be really careful what we flash around town. If we are busting out a mega tripod with our already very expensive cameras, we mine as well have a neon sign above our heads that says “hey, I have lots of expensive equipment!”

Joby tripods are pretty inconspicuous which is something we definitely consider when shopping around for our travel tripods. Can you spot the tripod on Garrett below? Yes, of course, you can because I circled it, otherwise, probably not. 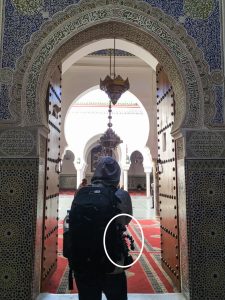 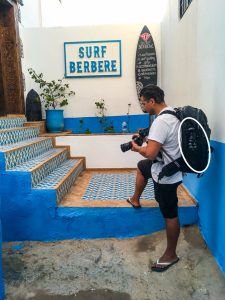 Flexibility – On the side of a cliff, up a mountain or in the forest, no problem. Whereas in the past you may have struggled to find somewhere to rest your camera or phone to get the perfect shot, a flexible tripod allows you to stabilize your device on almost any kind of surface, it can grip and hang and give you the perfect shot in almost any situation.

Sharper Images – A well set up flexible tripod reduces the movement of the camera to a minimum, giving sharper images even at high shutter speeds. All tripods do this and this Joby tripod is no different.

Entrance with no tripods – A bit off the wall of a benefit here, but hear me out. We’ve been to places that didn’t allow tripods! However, a Joby? It’s not really seen as a tripod, as photographers, videographers, or other content creators, having the use of a tripod in certain situations can make or break your content creation.

This is when the bendy tripod is set up in a similar position to a traditional tripod, with all three legs apart and extended in different directions. If you have a camera with a bigger lens, try to position one of the legs under the lens for better support and weight balance. 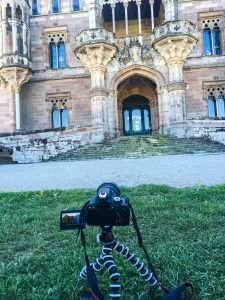 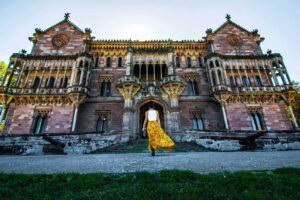 I often like this perspective with the use of my wide-angle lens to give an even “larger than life” view.

This is when the legs of the flexible tripod are squeezed and wrapped around an object to hold the camera against gravity, such as around a tree branch or pole. The joints of the tripod are strong and the rubber-coated outside gives it a non-slip grip. A GorillaPod can even hold a camera upside down.

This is pretty much the best reason to have a flexible tripod like Joby. How else do you expect to get shots where there isn’t a large or flat enough surface for a full side tripod or in a situation where you don’t want to carry a full-size tripod and you just want to place your camera somewhere to get the shot.

My Canon, which is around 2lb give or take depending on which lens I’m using, has dangled from tree branches and been wrapped around poles around the world with my flexible tripod so I could get the shot without bringing out my full-size tripod.

Hey, sometimes you just want a quick snap of yourself and a Joby is perfect for giving you extra reach, just clasp all the legs together to make a “stick” and voila, you have a selfie stick but like, it’s five notches less obnoxious than a traditional one.

This is exactly what Garrett does except instead of a selfie, he holds his tripod like this to vlog. Joby’s flexible vlogging tripod is perfect because it offers enough distance from the face without being an obnoxious selfie stick (which doesn’t hold a vlogging camera’s weight anyway) and because of its ability to transform quickly which is important when you’re trying to video things in the moment. 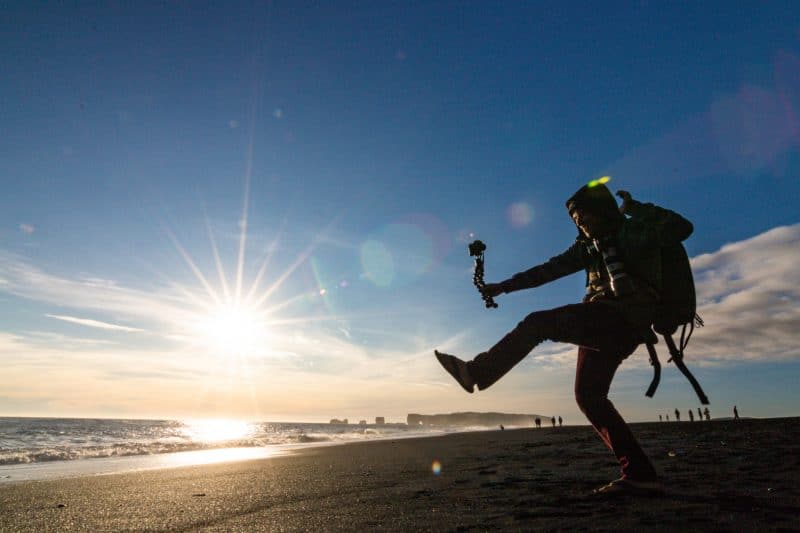 Garrett only uses a Joby tripod for vlogging—This is him vlogging in Iceland.

if you’re looking for a simple phone tripod, you could grab yourself one of the less heavy-duty tripods that are perfect for smartphones.

What Kind of Mount Will You Need For Your Flexible Tripod?

Joby’s mounts come in a variety of types. To work out which is going to be best for you, you need to think about where you are going to be using it and for what purpose.

If you are just going to be using it for everyday use, a compact, spring-loaded phone mount is likely to work best. If you are using a mount specifically for photography, then use a bendy tripod that allows for remote shutter control, and for vlogging, a GorillaPod rig is likely to work best as you can add all your favorite vlogging accessories.

If you still need to make use of your other non-bendy tripod, then you can switch out the ballheads easily. We often have to use our Manfrotto heads on our Joby tripods so we can better alternate the use of our tripods.

So Which of Joby’s Flexible Tripods Is Best for You?

it all depends on what you’re using it for, we share our Joby’s and have two different ones between us! Here’s exactly what we use and what we use it for.

Which of Joby’s flexible tripods do you think you need?

51+ of the Best Travel Accessories for Men and Women

The Best 11 Carry on Backpacks For Every Traveler

Disclaimer: This post was made in partnership with Joby Flexible Tripods, however, all thoughts are my own because they are the only ones that matter on this blog. Also—I gave like 500 examples on how I’ve been using these tripods for years, so yeah… 🙂