This Moving to Melbourne tips piece is authored by Tommy Walker.

Time to move to Australia?

Backpacked around South East Asia and want the journey to continue? I did.

Everyone was talking about Melbourne. The rumours were that it was easy to live, good amount of work and full of backpackers waiting to hit the road again. The quality of life was there to be taken advantage of. It is part of the new world.

Everyone is going. After being here for nearly 2 years, I have to say, that’s all pretty damn right.

When I was on the road in South East Asia, I had no plan to move to Australia. None. I extended by trip in Asia and wanted to keep on the road, but this time to work. Australia was the most talked about place, and Melbourne in particular. My Welsh friend told me about Melbs, whom I had been with in Thailand. She was already there and loving it.

So I did a quick ‘Google search’ on Melbourne, had a look at the images and thought, this place looks super cool! Of course, coming from a guy who hadn’t lived in a City before, and was from a small town in the North of England, it was going to look amazing.

I decided to give it a go, purely for monetary reasons to save for another trip.

How good could it be?

But Melbourne really is. How many places in the world that have such a huge population of backpackers, travellers and nomads coming through, working, temporarily settling and then moving on to the next adventure all whilst living in one of the greatest cities?

I mean, you can save anywhere really with the right focus and pay, but Melbourne provides you with the opportunity to be apart of something. You may work two jobs and hammer 60 hours a week, but you aren’t the only one. Everyone does that. Because the money is cool, the work is there and the lifestyle is awesome.

Backpackers in Melbourne, more so on the Working Holiday Visa are working but whilst seeing Melbourne! It isn’t typical postcard Australia, amazing Beaches, Kangaroos or Kuala’s, Opera Houses or Outback territory.

It is very European but with a laid back Aussie twist. It’s small for a city, but ever-growing. People want to be in Melbourne. In the City especially, it’s hard to pick out an Aussie.

It’s a multi-cultural wonder that everyone is keen to express themselves, own views and cultures.

It’s sports mad. It’s insanely good for food. It’s cool bar central. It’s public transport heaven. It’s got some of the most creative, sound minded and social people you’ll meet. The guys are cool. The girls are HOT. The only thing that lets them down is the Taxi services and parking fines, but it’s a City.

To really appreciate Melbourne you have to live here. It isn’t a place that you go for sightseeing really.

Melbourne is a place for events, like the Melbourne Cup or AFL Grand Final.

If you live here, you’ll learn to love the place. The winding laneways so full of life, the incredible food, the cool hidden bars, the stores – but most of all the people.

Melburnians and adopted Melburnians(such as backpackers) are very open, have a pretty cool life, and to be honest, are happy. People are happy here. The person who is serving you in the restaurant has probably got an awesome story to tell you, or a special trip planned. Everyone has something to look forward to.

It’s Western, so be prepared for that. It’s more the normal life. So your backpacking buzz might slow down living here. For the time being anyway. That’s ok though. It took me a LONG time to realise that, but it’s actually cool to mix it up a bit. Become a traveller working in a different country, not just backpacking the cheaper and more exotic countries.

Melbourne is cool, but you will have to adapt.

10 Tips for Moving to Melbourne After Your Travels

Brunswick & Fitzroy is more of a raw artsy, actor based and creative place.

Melbourne City CBD is rather cool but crowded. It has real city views from apartment blocks high up and living here puts you near the laneways and close to train stations and working destinations.

Southbank is on the waterside, full of impressive bars, buildings and structures. Lots of work here too, as well as backpacker and student accommodation.

South Yarra is by the River overlooking the City 10 minutes out by Tram. A fresh, quiet area near the Botanical gardens.

The hostels aren’t that good here. There is a different vibe to when you are backpacking. More are here to work, less are moving on, the facilities aren’t amazing considering it’s Australia and most cost between 25-30 dollars a night.

It’s Not Uncommon to Have 2 Jobs

A lot of people work two jobs to save cash quickly for their next trip. That sounds terrible especially if you are reading this beside the beach right now somewhere exotic, but you’ll get use to it. Especially if you haven’t worked in a while, you may find work is something you want a lot of.

Eating out Will Cost You a Fortune

The food is great in Melbourne, so all that weight you may have lost(lads) or put on (ladies) whilst gallivanting, well may be added to. Cook your own stuff if you want to save. This is essential to know when moving to Melbourne unless you can drop some serious money on food every day.

Like food, drinking is insane over here. If I want a good, don’t-want-to-watch-my-budget night out, honestly that’s about 200 dollars. Standard. Beers and shots. Unless you find a dive with 5 dollar beers, going out is crazy.

You Don’t Need a Car

Public transport is awesome and cheap. Tram, train or bus, you’ll get around easy. Buying a Myki Card and topping that up will be your transport pass. For trams it’s recently changed to being free in the City.

Using sites like Gumtree, you can find accommodation quickly and cheaply really. Depends what you are looking for. On Gumtree, some Landlords don’t ask for much of a bond, whereas some will especially if it’s more of a place just for you and your partner for example.

Moving to Melbourne is great becasue it’s really going on here. Vibrant and busy, whether it’s a sport event like AFL Grand Final, or a protest in the City, or perhaps just random street buskers mooching about, there is always something. There is always some new food place opening, or maybe a new bar, and a new building being made won’t be too far away.

From bars to eateries, Melbourne has hidden gems all over. From cool cocktail bars in the middle of a Masonic Hall building to Breakfast places in garages, Melbourne has more secrets than you.

The thing with before moving to Melbourne is that you have to be prepared for hot and cold. It’s very European like, it isn’t typical Australia. It gets cold in the winter, like England kind of cold, but in the summer it can get hot as 42 degrees.

However, all in one day, you very likely will see four seasons. Melbourne isn’t about the weather all the time, so you can wear trendy, nice clothes as well as beachwear. It’s a good variation to have if you don’t rely on the weather being hot all the time. Personally, I think it’s better to mix it up a bit. 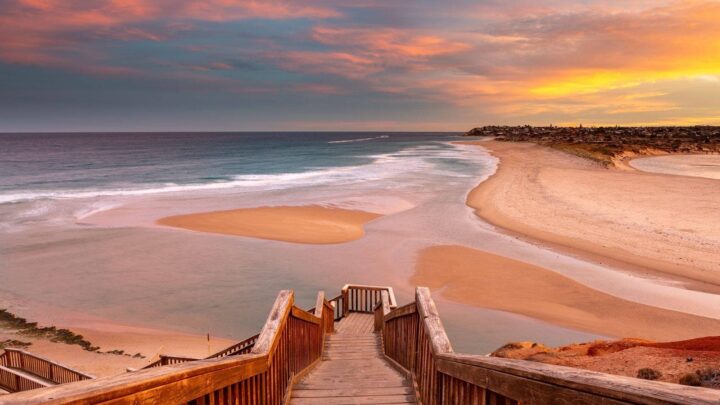 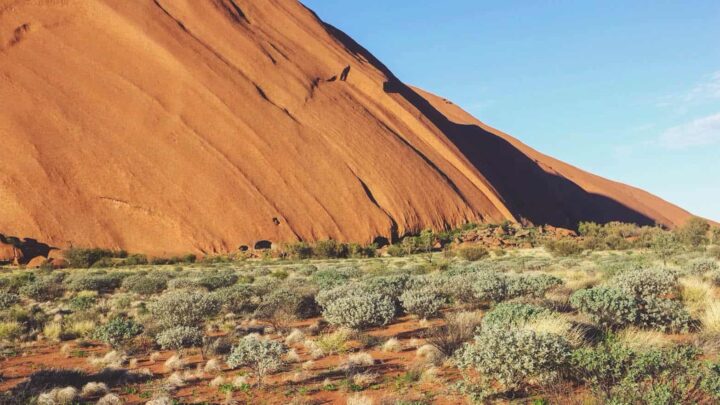 How to Live and Work in Australia as an American Expat 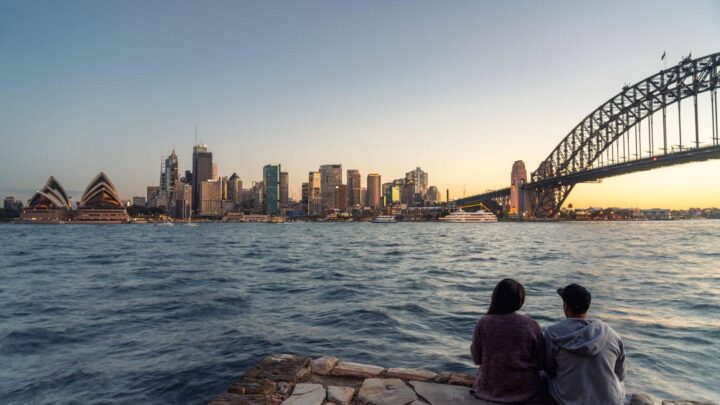 How to Work Abroad in Australia (Without Experience) 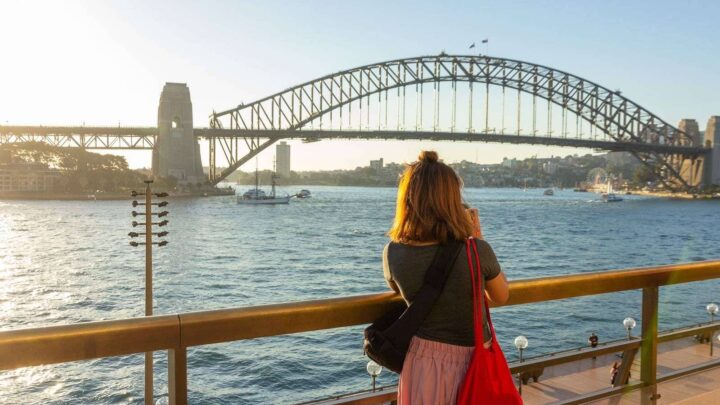 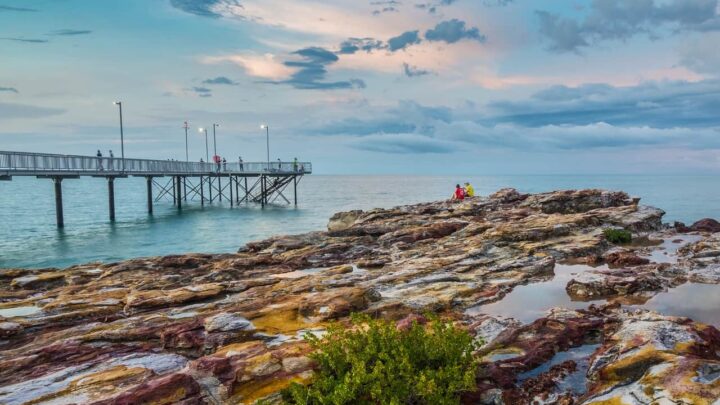 The Ultimate Guide to The Australian Working Holiday Visa and Why to Go NOW! 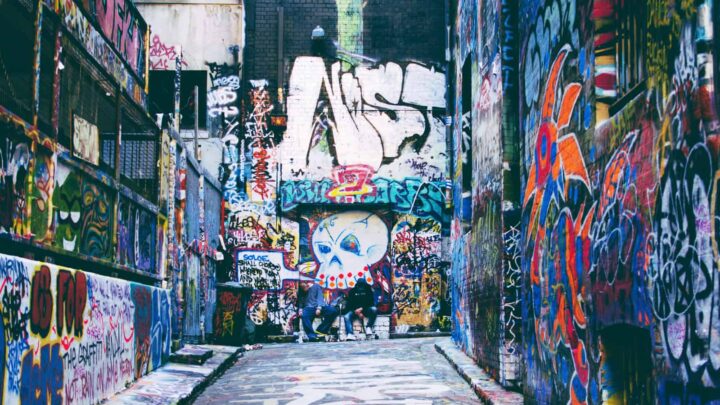 Working and Living in Melbourne, Australia as an American Expat

Are you planning to move to Melbourne after your travels? Tell us your plans in the comments!

>>> EVEN MORE ABOUT TRAVELING AND WORKING IN AUSTRALIA <<<

Moving to Australia: The Price of Living Down Under (11 Cities)

How I Saved $17k USD in 10 Months Living in Australia

An American Expat: Working and Living in Darwin, Australia

7 Days in Sydney Itinerary- for Those Who Want a Bit of Everything!

How to Do a Campervan Relocation in Australia for $1

Cheap Things to Do in Melbourne When You’re Broke AF

Tommy Walker first left England back in 2012 and has been backpacking and living away ever since. He has backpacked South East Asia, India, South America, Mexico and Cuba, lived in Australia and New Zealand whilst mini trips to Europe and Oceania too. Tommy has had stints in Melbourne, Auckland and Bangkok. Read more on his blog here. You can find Tommy on Facebook and LinkedIn too.

Hey Nina!! Great article!! I am in Thailand with my Italian Bf(btw am Kenyan) and we are moving to Cambodia till next March. We met two Italians in Koh Phangan last month and they suggested we try Australia when we are done with SEA. Like how much cash do we need to save to move there? Thanks in advance.?

Hi! This was a guest post by Tommy. I just moved here and I'm lucky to have friends to stay with while I find work and an apt. You would need quite a bit saved as it's very expensive but if you find work quickly, it won't be so bad. Sorry, I've been here a week. I can't help too much yet but I will be making posts in the future when I finally get settled and know what I'm talking about ?