DON’T Get Caught Without Proof of Onward Travel! Here’s What to Do… 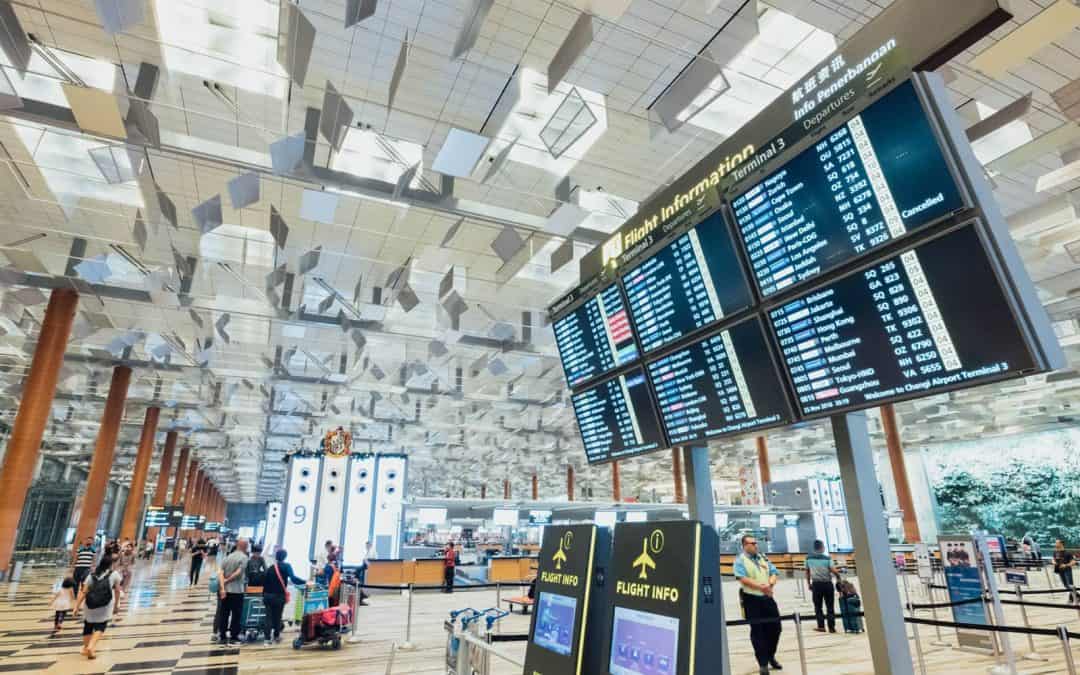 “Hmmm… Confirmation numbers are usually 13 digits long, and this one is only 10.” the check-in agent said.

*heart plummets down to my belly*

“Oh, really, that’s super weird. This is the only confirmation I got.” *me lying*

“I’ll call my manager and see what we can do,” she said

*heart falls out of my ass.*

I frantically get on Expedia.com to purchase ANY flight I could while she is on the phone trying to find out why my reservation number is missing a few digits… The answer: BECAUSE IT’S A FAKE RESERVATION. Little did she know…

I aggressively refresh my email… *PING*

I got it! I flung my phone in her face and said, sorry, I just bought a new one, so I didn’t miss this flight, CAN I GET ON NOW!? PLLEEEASE.

She gave me my boarding pass, and I made it on. With my tail between my legs, my heart racing, sweat on my forehead, and my chest pounding.

…I never want that to happen again.

What Is Proof of an Onward Ticket Anyway?

If you have no idea what this means, you’re in the right place. I’ll lay it out very simply.

Some countries require you to have proof that you’re leaving their country. This is to prevent people from staying too long or illegal immigration. It makes sense!

But it’s an annoying rule for us people who like to travel on a whim, don’t know where they are going next, or just want to see where the wind will blow them next.

We aren’t doing anything wrong; we aren’t trying to overstay or live there, we only just want to be spontaneous! 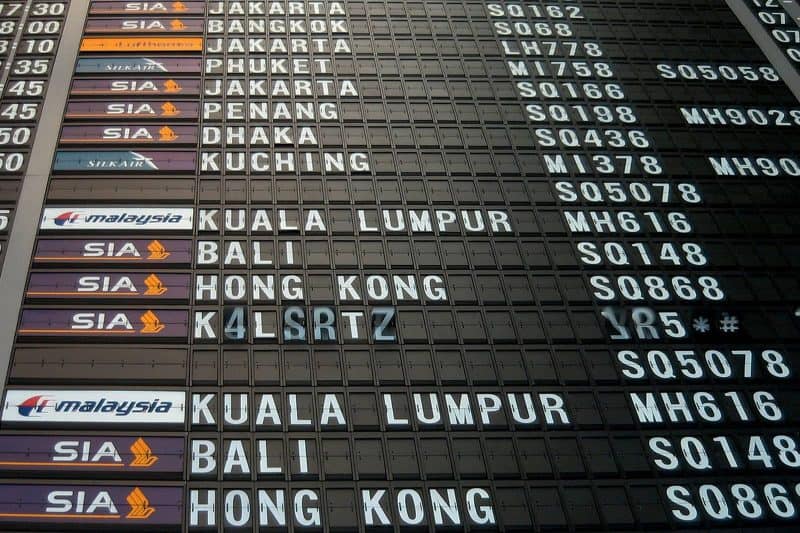 An onward ticket to anywhere, please!

In fact, I got in trouble in the Philippines for not having proof of onward travel. This was quite a while ago before I was a good traveler and looked up rules. Although, in my defense, this rule applies to MANY countries around the world, but most don’t care to ask for it.

Either way, it’s a good precaution to take because nothing is worse than having them call final boarding while you’re frantically looking for a ticket for your onward travel.

If you don’t have proof, they can deny you boarding, and there goes all your money on that flight. It’s not cool, it sucks, but this doesn’t have to be you.

There are choices for getting proof of onward travel, and it’s not that hard. But first…

Why You Should Never Use a Fake Onward Ticket

There are websites out there that will make a fake ticket for you. You enter in a bit of info, like a real flight you found, your name and a made-up confirmation number, and they make a PDF for you to print out or screenshot to show as proof of onward travel.

I’ve done this a few times and it’s worked everytime but once.

It’s risky, and sort of unlawful too. Considering there are so many better options, this one is one I wouldn’t recommend anymore.

As you can see, I tried it before, and they could tell the reservation numbers didn’t “look normal.”

I did it simply because it was so easy but I can tell you right now, after figuring out so many other options, getting a fake onward ticket is 100% not worth it!

There are some really cheap and even free options to use instead.

How to Provide Proof of an Onward Ticket 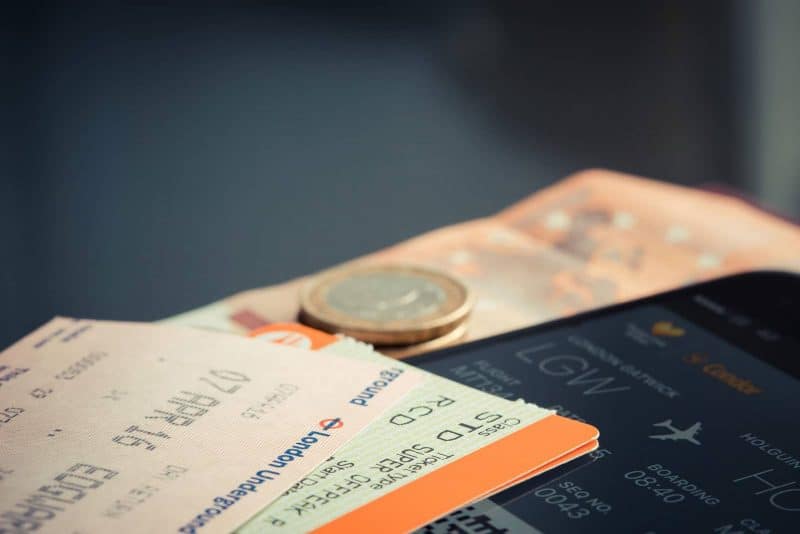 Cheap tickets are better than no tickets.

When you’re in Southeast Asia or Europe, for example, flights can be as cheap as $30, so it wouldn’t be that much of a budget buster, but in the end, it is extra money wasted on something you don’t need.

2. Find Another Cheaper Mode of Transport

If you’re traveling around without taking many flights, you may be able to just purchase a bus or train ticket over the border.

So many countries are linked by on-the-ground transport, that’s it feasible to purchase a cheap onward ticket via a land border crossing.

Sometimes, the issue with this one is, buying it online.

Can you purchase the train or bus ticket online and get proof of this purchase? If so, awesome! 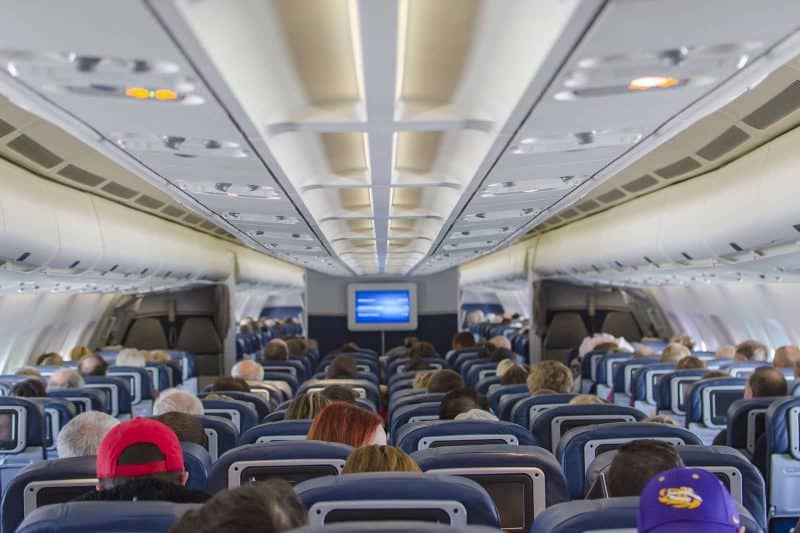 Planes are not necessary for proof of onward travel!

Even bus companies like Flixbus in Europe, for example, can be a good option. You can buy a bus ticket and then cancel for only $1.

Something to note: Buses are an “OK” proof of onward travel. Do note that some places and even some immigration officers would much rather see a plane ticket as it’s “way more official” than a bus ticket.

If you’re super unsure and a bus is what you want to buy, you could call the actual airline to just double check as the airline at check-in is supposed to ask you first and approve you to board the plane.

Say what? I know right, you can rent a ticket nowadays, how cool is that?

For a few bucks, you can have a legit plane ticket in your hand and then have it automatically cancel after your flight is over and done with. Like, does life get any easier?

*Huzzah for technology and forward-thinking individuals!*

So how does this magic happen? Sites like One Way Fly and Best Onward Ticket are both excellent options. 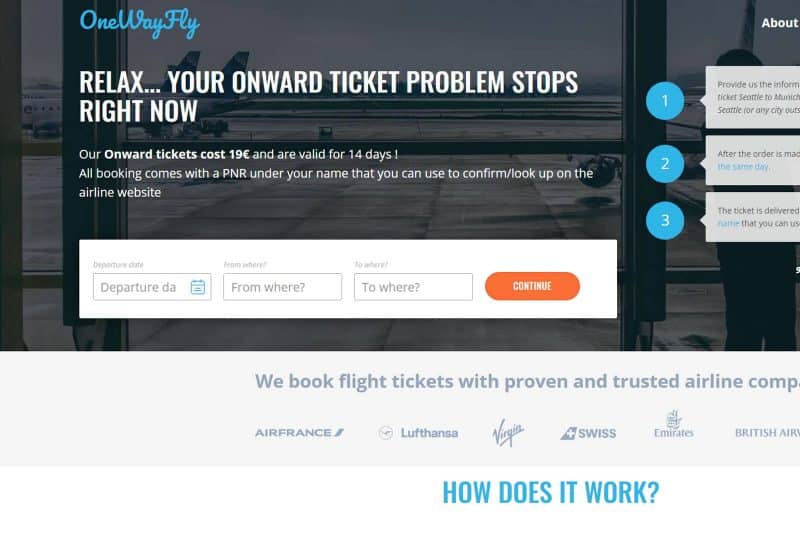 The only reason I’d choose One Way Fly over the other is because their ticket lasts two weeks which means you could book ahead of time and forget about it while Best Onward Ticket only lasts for 48 hours which means you’re going to have to be SUPER on it to remember to book it just before your flight.

Both of these are really good options and are a guaranteed way of having proof of onward travel. Both are super legit and provide real tickets, so you’re safe on all ends of the spectrum here.

The BEST part about this all is that they cancel for you, which makes life a million times easier. They KNOW you only need this ticket as proof of onward travel and you don’t want want to really purchase it.

Another option is to buy a real live ticket and then cancel it within 24 hours.

How can one do this sorcery without shelling out a million bucks?!

There are other sites which you can do this as well but I’ve only done it with Expedia, so that’s why I’m using them in this post.

To get a ticket that’s refundable, simply search from destination A to B like normal and then choose a flight that explicitly states that you have 24 hours to cancel this ticket.

When you cancel, you get 100% of the money back, no money spent, only your time!

It works, I’ve done it, and so have many others. It’s quite easy to use this as proof of onward travel because it’s a real ticket, with a real email, that you purchased, with your real credit card… Everything is done “normally” so there are no surprises!

This is the choice I’d recommend the most.

The only downside to this one:

You have to remember to do this just before your flight. Sometimes those long international flights are a big bitch and take 20+ hours. This is cutting it realllllyyyy close and you DON’T want that payment to go through. 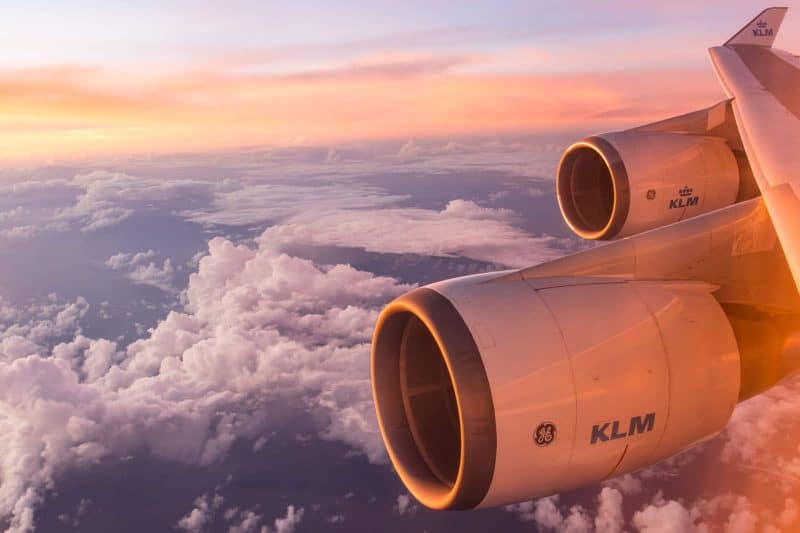 Just set up a reminder on your phone to cancel your onward ticket.

You could try to cancel on a layover, buy another one and then cancel again once your flight sequence is done and you no longer need an onward ticket.

Another issue is remembering to cancel when you land. Sometimes after a long flight, all we want to do it NOTHING. So this can be a bit annoying to deal with, but it’s necessary to slap yourself in the face to wake up and get that ticket canceled before you’re fully charged for it.

Which would defeat the entire purpose of all this, right? Don’t do that to yourself!

Of course, the riskiest of the bunch, you could completely ignore the rules and attempt to get away with murder!

JK, but yes, it’s true, you could attempt to get on your flight as usual without being asked as long as you’re not going to one of the countries where it’s 100% required AND they actually ask. I’ve gone on hundreds of trips where they didn’t bother to ask at all about proof of onward travel. I got away with it tons of times.

BUT it is a risk. A big risk too. Because if you “get caught” without one, you’ll be left scrambling in the airport trying to find a ticket to purchase which could cost you tons of money and not even work out in the end if they close the check in desk! 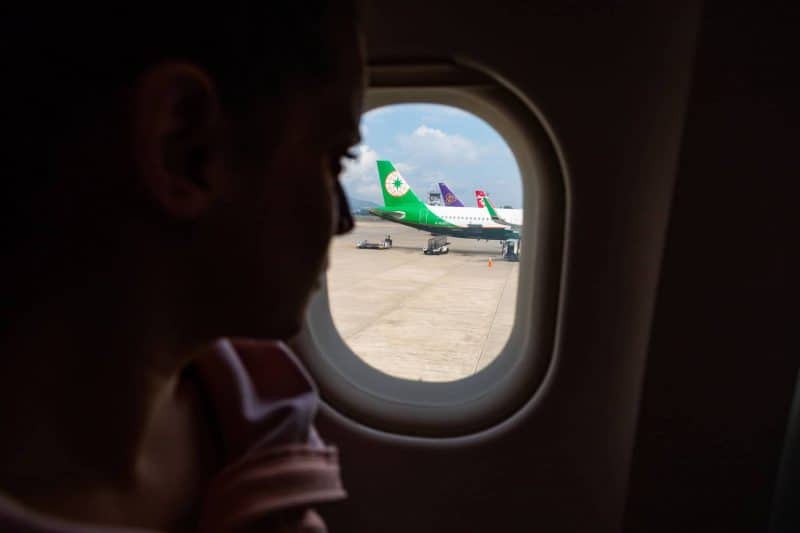 Let’s not miss our flight over a silly thing like an onward ticket!

How crappy would that be?

I’ll tell you: pretty fucking crappy. Because it happened to me! It was a different situation, but I had to buy another ticket and it was too late, and I missed the flight anyway—one of my worst travel moments that’s for sure.

Which is why I always say to get to the airport really early too. You never know what BS will arise. I’ve had my fair share of scares. This is one of my big tips for flying, especially long haul. Here are some more tips for when you actually make it on your flight.

With all the other options, I don’t see the appeal with this one, but yes, it is a choice.

Get to the airport early if you want to risk it

Do you have a trip that requires an onward ticket coming up? Or a story about this to share with us in the comments?

I Traveled the World for 4 Years Without Travel Insurance: Do You Really Need It?