How I Saved $17k USD in 10 Months Living in Australia 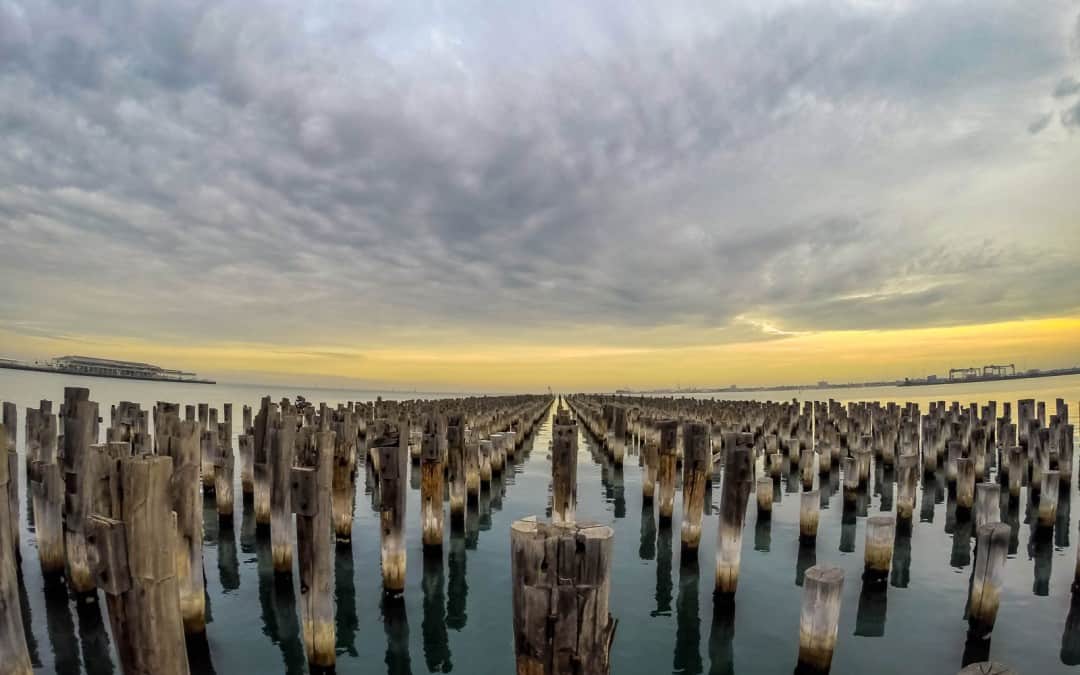 Yep, you read that right my friend.

At the end of the day, don’t focus on what you’re making but how much you’re able to save.

Did I FINALLY find a sugar daddy? I’ve been so patient waiting for one of these… (*pay for my shit, please?*)

Perhaps I sold my body on the streets?

Nah, I probably would have made way more if I was. Maybe next time? I think I’d like it, I mean it often involves travel and adventure, so why not? OK for real, though, drugs are bad, mmkay.

Well, let’s get one thing out of the way, I did this living in Australia. Yeah, in case you don’t know, Australia is pretty damn pricey! In fact, it’s one of the most expensive countries in the world.

And the way I saved the money?

I worked for it.

No surprise here. I mean, how else does one save money? There’s definitely a bit more to it, though!

I worked SO hard. 40,50, sometimes 70 hours a week. I worked. And when I wasn’t scheduled to work, I was working on my blog, so yeah, working around the clock.

There was, of course, the few nights a week my boyfriend and I had a precious couple of hours to get lost in one of our shows together and enjoy a beer or glass of wine before passing TFO because we were so exhausted, but that’s about it.

I would say I have never worked so hard in my life, but that’s a lie. How am I abroad now? I worked really hard to get here. I worked three jobs and did nothing else for two years but I only ended up saving $16,000 USD. Still decent!

Again, hard work pays off! If I didn’t work so hard during those years, I would have surely failed at my mission at living abroad or at least made my life a lot more difficult. I certainly wouldn’t be where I am right now.

OK, let’s get into this! 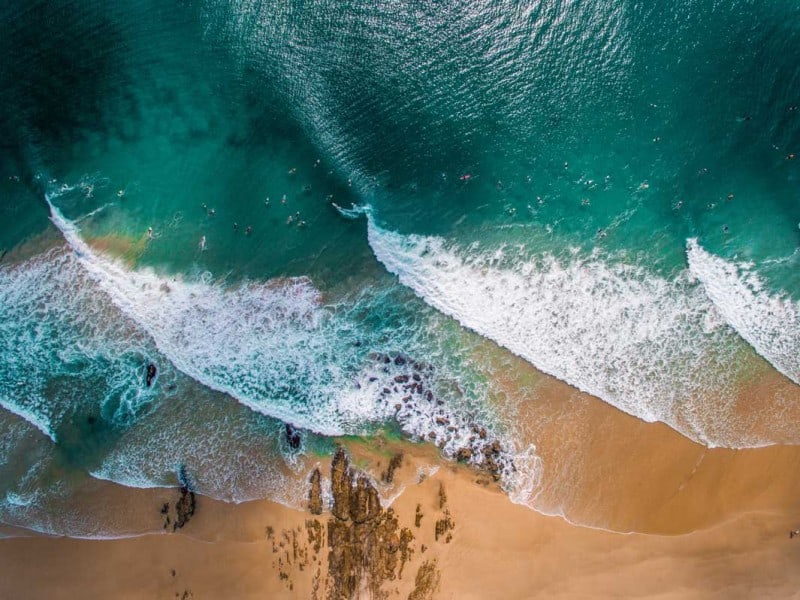 Here’s How I Saved Money FAST Living in Australia

Two things before we start:

The Work I Did Living in Australia

I worked a lot! Did you catch on to that yet?

I’d work anywhere from 50 hours a week to sometimes 70. It would vary, I would pick up any shifts I could, and I sometimes would get little sleep and work a 15-hour shift the next day. Extreme? Probably. Worth it? Totally!

The take away: Get a job, yo! Maybe even two? 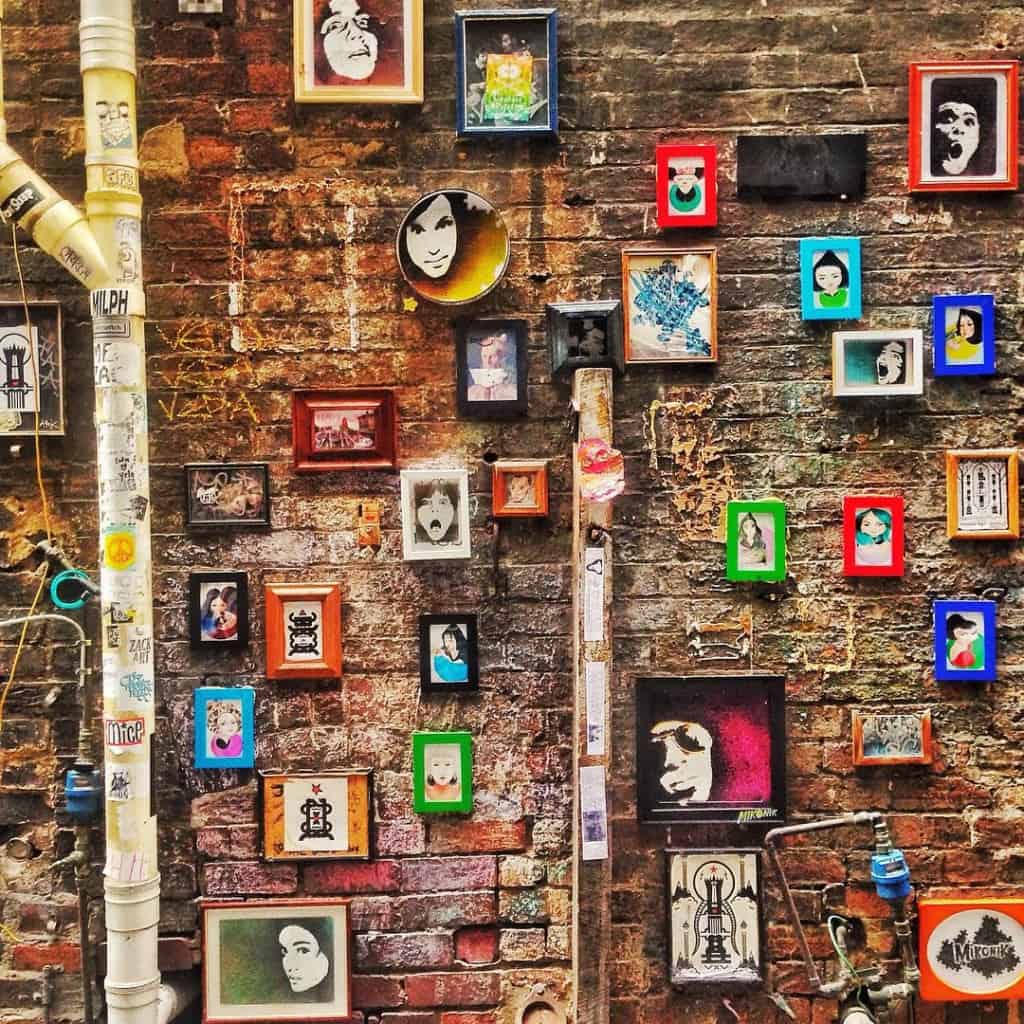 The Budget to Stick to When Living in Australia

So as you can imagine, going out and drinking, especially in Australia, is actually quite expensive! Having a nice meal? Pricey. Owning a car? Unnecessary and costly. So, guess what? I didn’t do any of these things.

I allotted about $40 USD, give or take, ($50-$60 AUD) for food and drink per week. It was plenty, especially since I learned how to shop the smart way.

Transportation was easy and cheap and rent was one price every month since everything was included. It’s great to have rent set up like that so your bill is the same each month. No surprises! Those are really the only three things I spent my money on.

For an exact breakdown, check the links above for Melbs and Darwin.

The take away: Figure out how much you’re willing to spend / can afford to spend each month right away.

So What Can I Realistically Save Living in Australia?

So OK, I’m willing to bet that you work, right? But how much do you save? That’s the hard part. Everyone works, but not everyone can save. It takes determination and a conscious thought every time you get a paycheck, to put some of it away. It’s harder than you think and some of us have a lot of other bills which leave us with not much left over. I know… I’VE BEEN THERE!

Going to work isn’t that hard, NOT spending and actually saving is the hardest thing.

Want a new dress? The latest Xbox game? The newest iPhone? Yeah, so do I, but I don’t buy those things because saving for things that actually matter means more to me. That dress will go out of style, that game will eventually go on sale, and the iPhone? Eh, your current iPhone probably isn’t that awful and you can deal.

BUT that doesn’t mean you can’t get those things EVER. How about just saving, and at the end of your year, you can evaluate where you’d like to allocate your money to?

Honestly, I didn’t really have a saving goal. I just had a spending limit, everything else I pushed into the savings. Sometimes it was $500 a paycheck, sometimes it was $1000!

After tallying everything up, it turns out I saved HALF of my earnings!

The take away: Put SOMETHING away with each paycheck, but most importantly, don’t go over your budget. If you can make sure of that, then you can start saving money fast! 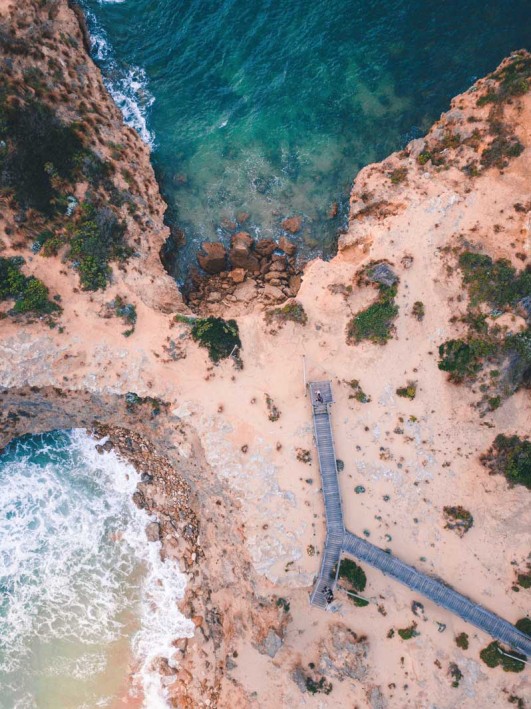 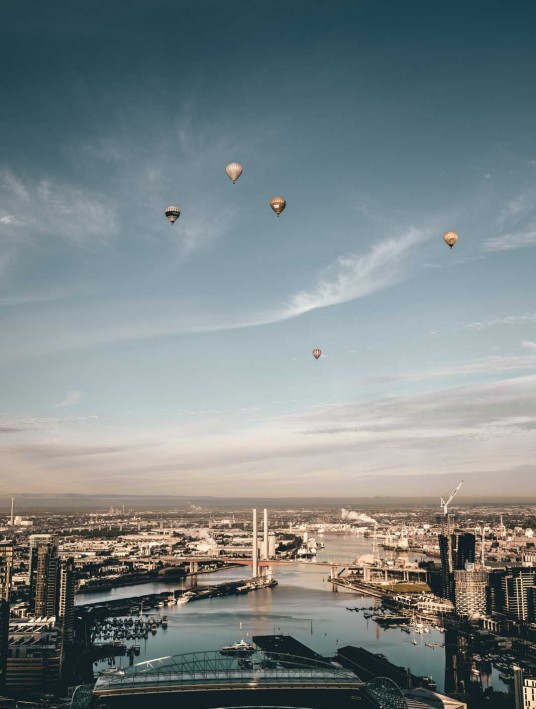 What’s the Cost of Living in Australia?

The expenses in Australia can eat you ALIVE!

Again, it is one of the most expensive countries to live in!

A damn cocktail can run you over $15 USD AND their standard drink is LESS than ours in the USA (that’s more alcohol needed to get drunk, people! Which of course means more $$$)

Want a bunch of bananas? HA! I don’t know why but they are SO expensive in Australia compared to back home. I literally can count on one hand how many bananas I ate in Australia because I refused to pay that much. And bananas are my fav fruit.

SO – What does this mean? You buy the cheap stuff, mate!

OK, not the cheapest of the cheap, we don’t want to eat crap food. But we ate whatever good food was on sale or cheap. We gave up having our own place and getting a place with a roomie (only in Darwin) to save money. We bought motorbikes instead of cars because it’s much cheaper (also in Darwin).

Whatever you can do to cut down the expenses- That’s what you need to do.

Australia isn’t cheap, but it doesn’t mean that you can’t live cheaply if you’re smart about it.

As mentioned our cost of living was only $750 USD ($1000 AUD) per person per month. This was for rent, food, and a small amount of “extra” money like for gas, and extra beer or maybe a random item we needed. We kept to this budget for both Melbourne and Darwin. Of course, difference cities will have different cost.

The take away: Buy what you NEED, not what you WANT. 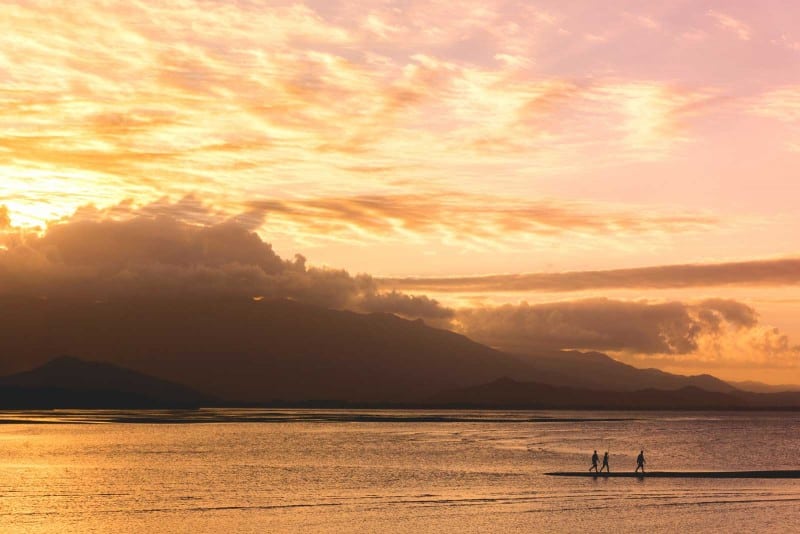 So Where is All This Savings Going?

You can probably already guess, TRAVEL! That’s the single most important thing I wanted to save for because I rather collect experiences over things. Don’t get me wrong, though, I definitely spent money elsewhere.

I really wanted to upgrade my electronics.

I work online and my computer was over four years old, goodbye ancient Mac laptop, hello bright shiny new MacBook Air with a larger screen! I also got a new iPhone! Ha, I know, I told you to wait, but I waited too! This was finally the time (my last TWO iPhones were hand me downs FYI). Also, I use it my for work as well, so slightly more justified.

I also just bought my new Canon Rebel t6i, but this was purchased with money I’ve put aside from the blog and didn’t involve spending my AUD. But yeah, 2017 is going to be the year of better pictures AND video! *sidenote*

I’m also going to shell out some cash getting some other things I need, but mostly, my money is going to travel. You can spend however you please! Just be sure to budget and allocate accurately so you don’t leave yourself without anything.

The “overage” of My Savings in Australia

The what? The overage! I actually lied to you… I saved MORE THAN $17,000 USD! Yes, that’s right. I only told you I made $17,000 because that’s what I walked away with on the day I flew out of the country, but I actually have thousands more coming my way. It should be here in the next few weeks.

Australia takes care of their people, including backpackers, pretty damn well. So how much more am I getting? I’m actually not sure, but it’s in the ballpark of $2,500 USD.

Where is this money coming from? It’s my taxes for the last six months and my Superannuation money. Superannuation (or Super as Aussies call it) is the equivalent of Social Security. It’s been taken out of my paychecks, and since I no longer live in the country, they pay it out. So yeah, I can’t wait to get those two deposits soon!

Lastly, I spent $1500 ($2000 AUD) on the new electronics I mentioned (laptop and phone). That’s more money that other people would have saved because it’s doubtful they’d need a brand new MacBook or iPhone… And technically, I DID save that money, I just spent it before leaving Australia!

The Results From My Savings in Australia

SO freakin worth it. I can’t even tell you. I have confidence you can do it too.

It’s not easy, I wanted to quit so bad. Especially since I worked for myself online for over three years. Going back to the hospitality industry and working at a little surf shop with teenagers and young 20 somethings wasn’t exactly ideal, but luckily I worked with some cool people. Also, as soon as I saw those dollars signs flowing in, I didn’t mind as much!. And again- it was SO WORTH IT.

*sidenote* my boyfriend, who was on the saving train with me, did even better. He saved around $26,000 USD! Yeah…! 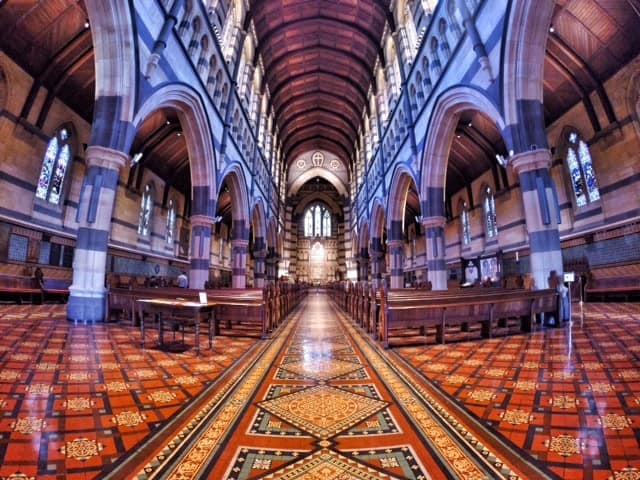 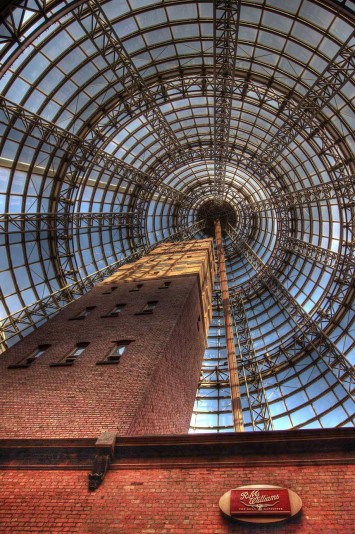 What Visa Do You Need to Work and Live in Australia?

The Point of All of This:

If you get a working holiday in Australia, work really hard, you can save some serious money very quickly! Simple as that.

REMEMBER! It’s not how much you make, but how little you’re spending and how much you’re saving.

So who is motivated to get working and starting to save save save?!

Working and Living in Darwin, Australia

Working and Living in Melbourne, Australia

Working in Australia and Living for Under $750 USD/ Month

How To Work Abroad In Australia (Without Experience) 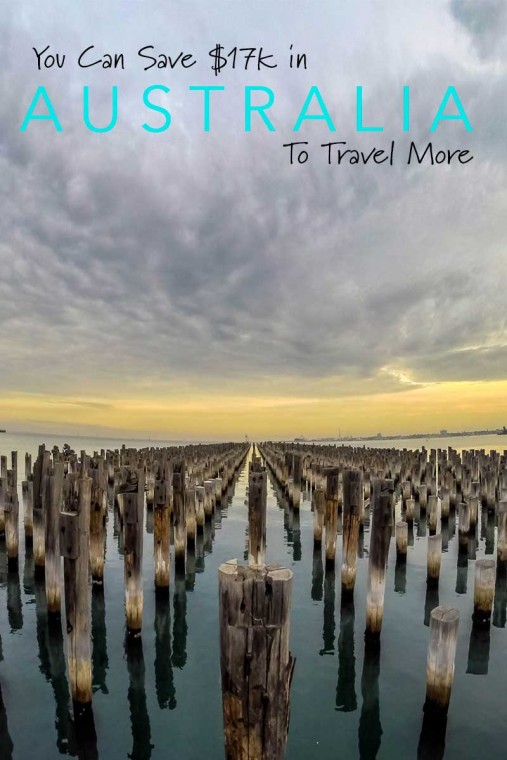 WANT TO LEARN HOW TO SAVE $10K+ IN AUSTRALIA?

I'm working on a badass ebook on EVERYTHING you need to know before you go, what to do when you're there, how to find the right job, AND how to save a bunch of money. Want to be notified when it's out?
SIGN UP NOW!