Travel is a dream for many, but many see it as unattainable.

This story is from Tommy from The Wandering Walker.

*What did you do before?

Before I went travelling I had a steady life in terms of money, job, friends etc. By 23 I had the priorities right! But some important things weren’t right and it was time to stop covering the cracks. I worked, had a group of friends, family close by, relationships – most things. But like I said, it wasn’t meant to be at the time.
*What made you want to travel and live abroad long term?
Ever since I was a kid, maybe earlier than 11 years old I can remember thinking of tropical comings I’d be experiencing. I had an urge to vacate, and I knew that the people I knew then I wouldn’t be seeing all the time in my life. I knew I would be wandering somewhere, destined for pastures new. I’ve always said it’s not an experience for me, it’s the life that I should be living. So far, so good. 3 Years now.
*What hurdles did you have to jump in order to make this life possible?
You have no idea! Honestly, there was a few things in my life that happened and timing just prevailed. Even though I was 25 when I left and a pretty late goer in the world of travelling. Timing though, it just happened then I was gone. 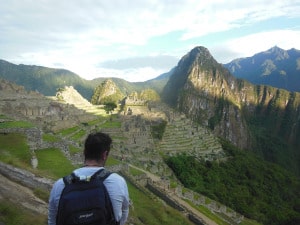 *Do you still have any struggles that you need to overcome?
Absolutely! Don’t all of us travellers? There is a huge sense of loneliness at times. In my shoes, I’m constantly moving so I can’t really commit to anything or anyone. That’s hard. But I’m an independent soul more so, so it works. I think finding out who we are and what we are going to do in the future is always on our mind. Constantly looking for new thrills, new work, new places to stay, making new friends – it never stops.
*Where have you been? Where are you? Where are you going? Where have you lived?!
I backpacked SE Asia and India for 9 months. Man, that was epic. It was literally like someone gave me the keys to SE Asia and said “It’s yours”. Everything and anything was just enlightening to me there. The people, the culture, the food, the way of living, the weather, it was just a huge eye opener. I then moved to Australia to work for a year followed by a pre-planned trip to South America for 10 months. That was sick, a different kind of travel to Asia. But some of the best things I’ve seen came from there. I’m back in Melbourne now which is cool. Full of backpackers. Not the same as backpacking Asia or anything but a lot of people you see here are travellers. You will say goodbye a lot and meet new people a lot. Cool place, it’s kind of home to me now. Oh, also I had a very short stint in Buenos Aires, Argentina for a month and a few months in Bangkok, Thailand too but nothing permanent.
*What do you do abroad/online to sustain your travel/live abroad lifestyle?
I work hard. And a lot. Lots of hours. I have the endurance for it. Two jobs, one job doing overtime, high commission jobs. That sort of thing. Cut out the materialistic things and save. I’m at my most difficult point now however, but i’ll get there.
*What do you want others to know about what you do/what do THEY need to do to get where you are? (Be real! We all need the truth!)
Saving money is hard. Especially if you are used to spending on good food, clothes and the other luxuries we are allowed in the western world. You have to cut that kind of stuff out. Keep it basic. Work more and try get something out of it. If you can save 2k a month you can head to Asia for that for 2 months. Think of it like that. There are countries in the world, that westerners can afford to go on a months salary. We are lucky. Be open and find a positivity to visit anywhere in the world. Then you can travel more as you have more options to what budget you have.
Also, the mental state too. To travel constantly isn’t for faint hearted. You’ll begin to have worse times as you get on, naturally. But the good times will always weigh out the bad times or it won’t be worth doing. At the beginning, its 95% good times, as you get on, it’s more between 70-90%. Have a plan too of where you want to go. 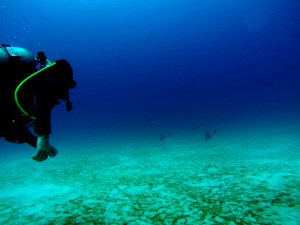 *What motto do you try to live by? / What would you tell others who aspire to have this lifestyle?
One day, we are all going to be settled, doing the basics and getting our priorities right, why rush that? It’s society’s pressure that makes us think we have to rush that. It’s bullshit. We are human beings. Be free in everything you do.
*Anything else you would want to add…
That travelling is awesome. Make sure you mix it up. Explore the different cultures. Try new foods. Party hard. Love more. Travel far. Be open everyday. The ones on the road aren’t escaping life, they are going for life. Chasing it down so we can have our piece. Get yours
Tommy’s guest post on my site regarding coming over to Melbourne, Australia after yours travels can be found right here.