“Your transaction has been canceled”

“Sorry, we can’t complete this transaction. Please contact your bank”

These are never the sentences you want to see when trying to access money at an ATM… No less when you’re abroad.

Garrett went ahead and tried his two cards. The ATMs spit the same sentences out.

WTF…. We are SOOOO SCREWED!

We’re stuck in China with NO money!! 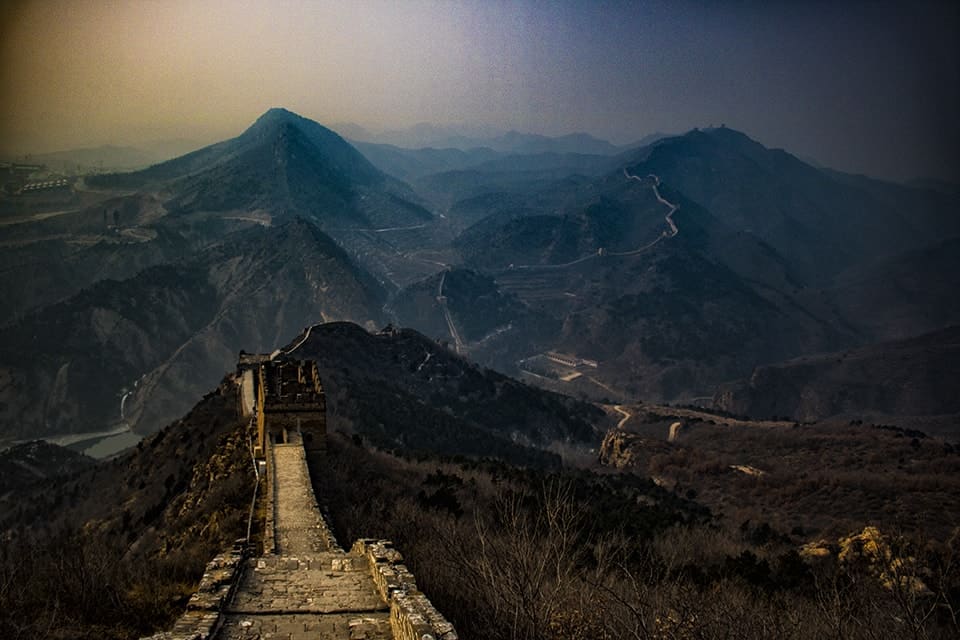 Garrett and I had just been in transit for over 30 hours. We made a  mistake with some flights of ours, were stuck in Moscow’s airport for the day and just wanted a shower and warm bed to curl into the fetal position and forget about life for a few hours.

We went to the ATM and then we grabbed the first taxi at the Beijing airport so we could accomplish our goal of getting the F out of an airport and into a bed for the first time in over 48 hours.

The taxi costed a pretty penny, a bit more than we thought it would, but we were going further north than most travelers do who are after The Great Wall of China. Simatai was over 2.5 hours away if we didn’t get caught in much traffic, so we agreed to the $100 USD deal the taxi made with us (which was originally $160).

We finally made it to our homestay which was… interesting. Our host family spoke all of 2 words in English and communicated through a translator app. The village was desolate during this dreary winter time (Feb) and there was literally one store and one restaurant to eat at.

We didn’t give two shits… We had a SHOWER and a BED! We were elated to wash our filth and shame (our massive mistake I’ll mention, another story) off our bodies and crawled into bed.

I had a lot on my mind and didn’t sleep. Again. This was my third or fourth night or so without good sleep. I was not having it. I knew The Great Wall was going to turn my frown upside down though and I was ready to power through everything.

Getting To The Great Wall

We woke up (I never slept) and were excited for the day. I swear the black bags under my eyes made me a panda. I was struggling big time. I tried to let my excitement take over and amp me up more. After all, I was about to see The Great Wall of CHINA!!! Who wouldn’t be excited?! Even the person without a wink of sleep in half a week can snap out of it, right?

Yes. I can. I did. I drank my nasty sugary coffee that my host family gave us (bless their heart, they were very sweet) and we started our walk to the entrance of The Wall, only 2km away!

The previous day we had spent more than we anticipated on the taxi, and then had to pay our host family in cash for two night despite booking on Agoda. Some people don’t accept card via Agoda and you just need to reserve it. Then after dinner the night before – we’re out of cash already!

No worries, though. We have our cards, and The Wall definitely has an ATM. Our host family confirmed. Three, in fact! Perfect!

We found the first and my card didn’t work.

We called our bank and there was nothing wrong with our cards. There was no reason it should be going through according to them.

We tried the other ATMs… no luck.

WTF. No seriously… WHAT THE FUCK!

We had ZERO dollars on us, no ATM was working, and nobody really takes our “type” of credit cards (China problems) except the Starbucks which only helps with my sleep problem. Not our “we’re out of cash and in middle of nowhere” problem.

This wasn’t a problem of, “Oh, no, we don’t have money to get to The Great Wall today… Oh, well!”

No, this was a bit scarier because not only did we not have money for The Wall (which sucks considering we had 48 hours to see it!), we didn’t have money for food or a taxi back into Beijing! We had nothing. Everywhere only took cash. We were pretty royally fucked.

I was freaking out a bit, but I knew I had to try to keep my cool. We needed to figure this out despite my brain working at half capacity. My swift idea: We can pay for people’s tickets. The ticket counter for The Wall and Gubei Town combo package allowed credit cards. We could offer to pay cash payers bill and they give us the cash! Genius!

Accept nobody understood what we wanted to do and those who we were going to ask were paying with card themselves! We asked everyone at the info desk if there’s anything we could do? We even had Australian dollars, is there any way to exchange money? Nope. Nothing…

…and then she appeared. This complete stranger who saw our desperation.

A Chinese woman with a baby strapped to her front and her husband had stopped right next to us. The woman inquired if we needed some help in perfect English. We told her our dilemma…

I still can’t believe her next words. You may even think this story is fake because it’s so outrageous.

Excuse me…? Say what now? You want to give us money? Is this real? Are you punking us?

WHO ARE YOU, YOU ANGEL!?

I wanted to squeeze her right then and there. Give her the biggest hug and cry and dance and cry again… I didn’t even know what to say. I think I blurted out some nonsense until I could make a coherent sentence.

Garrett and I were shocked. How is this person real? This would NEVER in a million years happen back home was the first thing I thought. Never would a stranger give another stranger the equivalent of $150 USD with no questions asked.

We profusely thanked her and her husband and we grabbed their detailed so we could stay in touch about repaying them immediately.

I still, right now as I’m writing this, can’t believe that she appeared at that perfect time and offered to give us the cash. It was the kindest, most serendipitous, most gracious thing anyone has done for me.

And she literally saved our asses in China…

I’m not sure what we would have done, to be honest. We maybe could have gotten away with getting a taxi the next day and not paying until he took us to an ATM, but what about food? We had about 24 hours until a taxi was to come take us back to Beijing. And on top of all that, we wouldn’t even get to see The Wall we just paid a lot of money to get to!

It would have been a nightmare but we met the right person at the right time.

I still can’t believe it to be honest!

All ended well! We had an AMAZING time at Simatai Wall, we ate a great dinner that night, a breakfast in the morning, and even got our taxi with her money.

She has been paid back and thanked again profusely.

It really restores my faith in humanity and really proves that the world and the people out there are mostly good.

There is still good. Lots of it. Most people are kind-hearted and this is just one small tick on the “nice people scale.”

Thank you SO MUCH, Doris. Garrett and I will never forget your kindness! 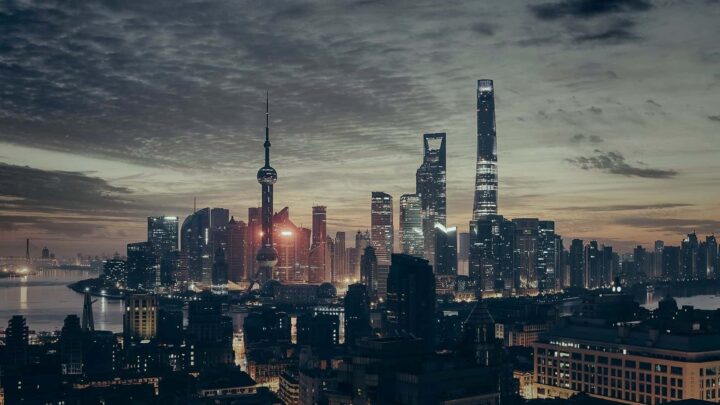 10 Days In China: A Beijing To Shanghai Itinerary—Food, Culture, Nature 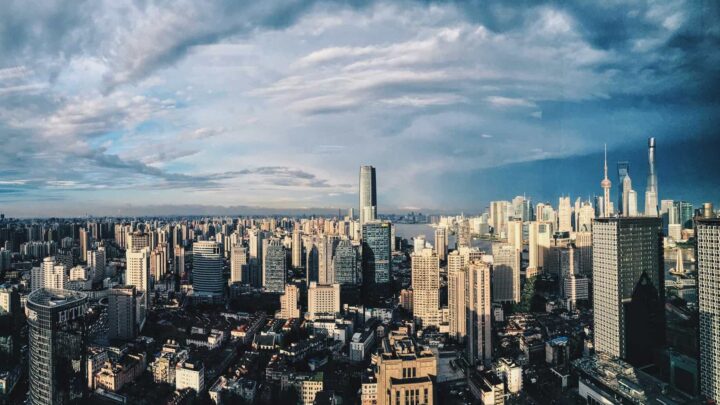 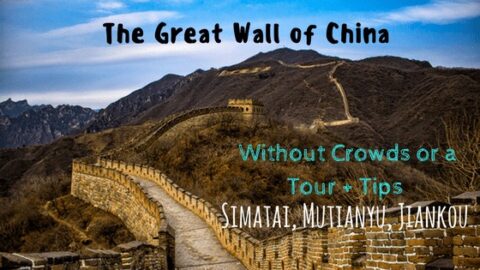 The Great Wall of China Without Crowds or a Tour + Tips (Simatai, Mutianyu, Jiankou) 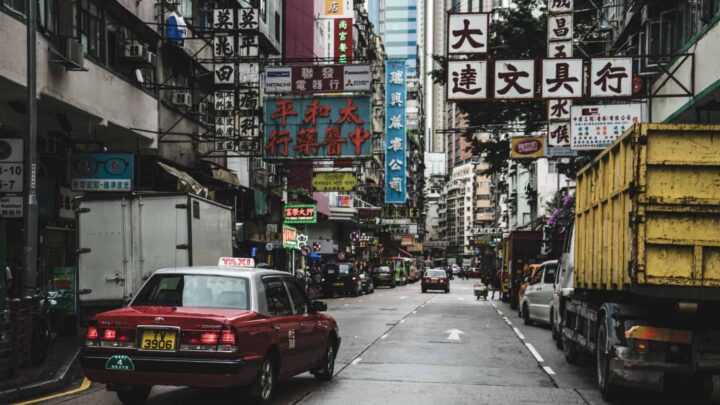 How To Go Visa-Free To China

Thank you for the article. First thought: "I know, riiight!" I had the same issue in China when they didn't accept our cards, I didn't know why. Luckily, we still had some cash on hand and just wanted to buy some extra souvenirs at that time.

Another issue was when we ran out of small change for public transport, and didn't have enough cash to pay for both taxi to the airport and food. We had a 10 yuan note. At that bus station, tickets had to be bought in advance instead of buying on the bus. 2 tickets cost 6 yuan, but we had to put the exact amount in the money box. There was a "ticket seller", but I guess his job was to make sure people put money in the box when they took the ticket, not to handle the cash, as he had none to give us the change. He said he wouldn't be able the 10 yuan note without giving back 4 yuan.

There was no convenient store around for us to break the note.

Then luckily, there was an old lady seeing our struggle and she had enough small change to exchange.

Money is indeed a very big issue when travelling in China.

Oh wow! I guess we both got lucky breaks! It was so weird though because we both went to the atm at the airport at two different atms! So it was extra odd that the 3 different atms available at the wall didn't work! Uh!! China problems... :-/