OK OK, so that might have been a slight exaggeration, but seriously…Don’t be “that” person…

Before jetting off to this paradisiacal region, you’re going to want to know the things NOT to do in Southeast Asia. You’re new around here, you might not know that something that seems harmless is actually super offensive.

Here are the main five no-no’s, that I believe, are the most important to keep in mind. Always have a smile and keep in mind these five things NOT to do in Southeast Asia… 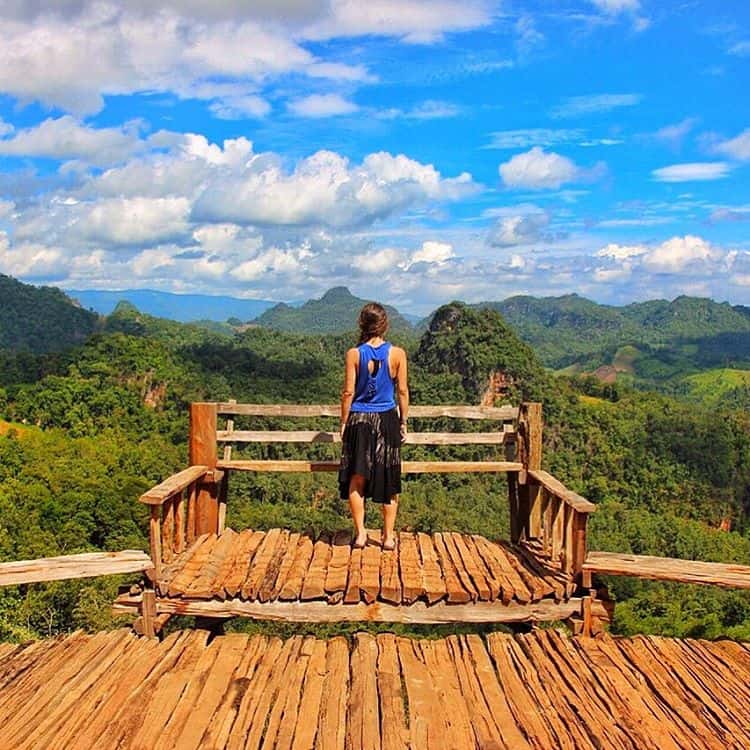 OK, yeah, we’re all trying to save money. I get it. But are you seriously haggling over the equivalent of $.15? Seriously?  Bargain! Sure. Definitely try to get a good deal. But when they have been nice and given you a price that you’ve now negotiated on for a few minutes, it’s time to just buy it. Don’t be that person that tries to get a few cents more out of the person who is lucky to make $6 or less a day. Don’t be a d-bag while bargaining. So rude.

If you don’t get what you want, stomping around and making a scene isn’t going to help either and you now officially look like a fool.

What is with people who feel the need to flaunt their “hippiness” or their bare chest?

Let’s tackle this one by one…

Unless you’re in someone’s home or at a temple, or a place where they have requested you to take your shoes off- Wear your goddamn shoes. First, safety. You are likely to step on glass, nails, or an array of other penetrating objects even in your home town. Here? Let’s times that by ten, shall we? Second, you look like a dumb tourist. Even most of the homeless out here have shoes on. Also- gross.

And this is coming from a barefoot hippy here. I love going shoeless, but shoeless on the streets of Bangkok? Hell no!

Girls in bikini tops: Look around you. Are you sitting in sand, surrounded by other people in swimsuits, and see a large body of water? Fantastic! You’re at the beach! Bikinis are totally OK.

Any other situation: Put. A. F*ucking. Shirt. On. NOW. (Oh, and cute high wasted shorts are totally cool, unless the majority of your ass is hanging out, put clothes on!)

Dudes with no shirt on: Does the smell of salt waft passed you as you toss a frisbee to your friend who catches it mid air and falls into a big pool of water that seems infinite? Congrats! You’re at the beach!

Any other situation: PUT YOUR SHIRT ON!

I’m baffled that people think it’s normal to walk around markets with no shirts on (men! I see you all the time! What’s wrong with you?) or women who walk into 711, when we’re a mere 20km from the Malaysian border, in their lacy tank top and swim suit bottoms only… Yes, this ACTUALLY happened. What is wrong with you? Are you mental?

I’m not telling you to wear a freaking parka, just be clothed like a normal person.

Please tell me where in the world it’s OK to go shopping or dine at a restaurant with no shirt on? I’m from Florida and we wear clothes everywhere unless our feet are still in the sand or MAYBE at a beach restaurant/bar where the sea is in sight. That’s perhaps acceptable. Even then, I’d look around to make sure. 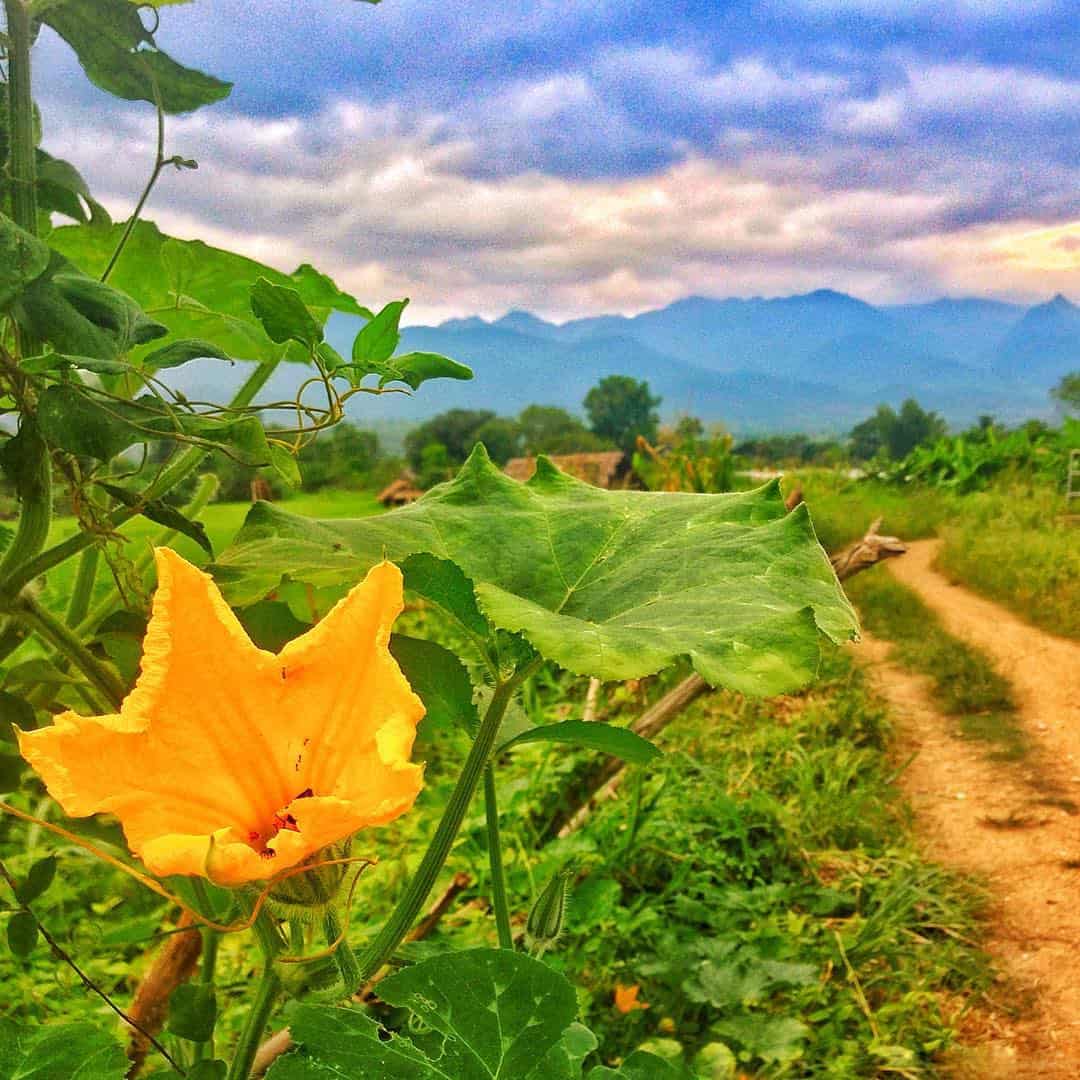 Think you’re little temper tantrum and screaming is cute and will get what you want here?

Ha! Seriously, keep your cool. Don’t raise your voice, don’t demean the person, don’t get loud, don’t do anything but try and talk it out in a calm and cool matter. Look up what “losing face” means in Asia. This is probably one of the top things not to do in Southeast Asia. Don’t upset the locals, not a good idea. I promise you.

Famous last words. Don’t have expectations. Or at least have the understanding that expectations may or may not be met. Examples?

Your bus will arrive at 8pm at the bus station.

>>> Reality:  You arrive hours later, in the middle of some random place, and now need to pay a tuktuk or taxi driver to get you where you need to go.

>>> Your thoughts: Oh, yum! I love breakfast. How convenient!

>>> Reality: I’m eating a piece of the most processed white bread on the planet with the grossest margarine slathered all over it.

You will have a guide.

>>> Your thoughts: Cool. I’ll have someone knowledgeable with me who can communicate what I’m doing or seeing.

>>> Reality: A person who points you in a direction and knows a grand total of three words in English. “I don’t know.”

Of course this is not a blanket! Sometimes things do work just as they say.

BUT my motto is: No expectations, no letdowns!

You will be much happier adopting this mind set. Out of the things not to do in Southeast Asia, this one is more for your own sanity. Just chill and go with the flow.

A special little note: Since I live in Thailand, even communicating IN THAI doesn’t bring me what I want sometimes. Uhm… Yeah.

Don’t try and understand why a tuk tuk driver will practically run after you trying to give you a ride when you’ve said no 3 times already.

Don’t attempt to the fathom the reason why, when you know you pointed and asked for one thing (and maybe even spoke in the local language) why you didn’t get that exact thing.

Things will be ass backwards and silly in your mind. I, still, after 4+ years, have to tell myself this. It’s hard when something that’s so commonsensical to you, isn’t for someone else.

Just take a breath, smile, and move along.

One last thing- Look up cultural etiquette in each specific country. We can blanket a few things for the region, but each country has its own particular rules to follow by. Here are some do’s and don’ts for Thailand.

Sharing is caring! Pin this for your friends. 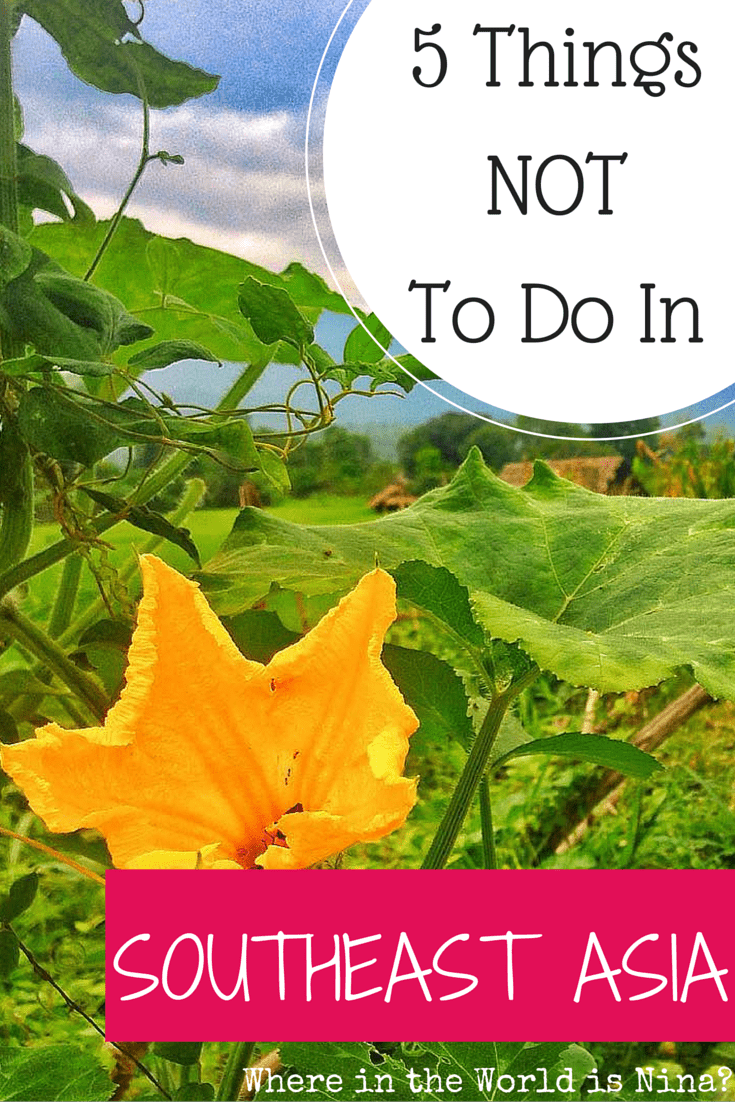 Another is that people expect the same kind of service, particularly in sit down restaurants, that they get in their home country. It is not the same. It is ridiculous to get angry that you've sat for twenty minutes waiting for your bill when in their eyes it is rude to bring it without being asked. I see this a lot.

YES! This is very true!

Reading this whilst sitting in a restaurant all alone somewhere in Thailand. So get where you are coming from girl, these are the most common mistakes ever made by almost all tourists..

This is a really great post about the don'ts in SEA! I've seen all of these in different countries and it made me cringe every single time! Especially the clothing problem, seriously, would they walk around like that at home? It's such a disrespecting behaviour, but luckily not everyone is like that :)