The following two-week South Africa Itinerary is a guest post from Jo.

From the beautiful towns of the western cape and the iconic Table Mountain to the subtropical coast of Kwazulu Natal and then towards the northeast to the country’s premier safari destination, Kruger National Park, South Africa is considered to be a large, diverse and stunningly beautiful country.

Indeed, when I landed in Johannesburg, I was pleasantly surprised by the excellent infrastructure of great air links, exceptional roads, and availability of first class accommodation, all comparable favourably with the American and European countries.

Here’s a two-week itinerary for South Africa for anyone’s first visit to the country.

Johannesburg is a vibrant urban playground complete with shopping malls, casinos, and a lively cultural scene.

Situated on a high-level grassland, the city is home to the famous Cradle of Humankind World Heritage site, renowned for its fossil record of early human ancestors and the Apartheid museum, documenting the days of South Africa’s freedom struggle. 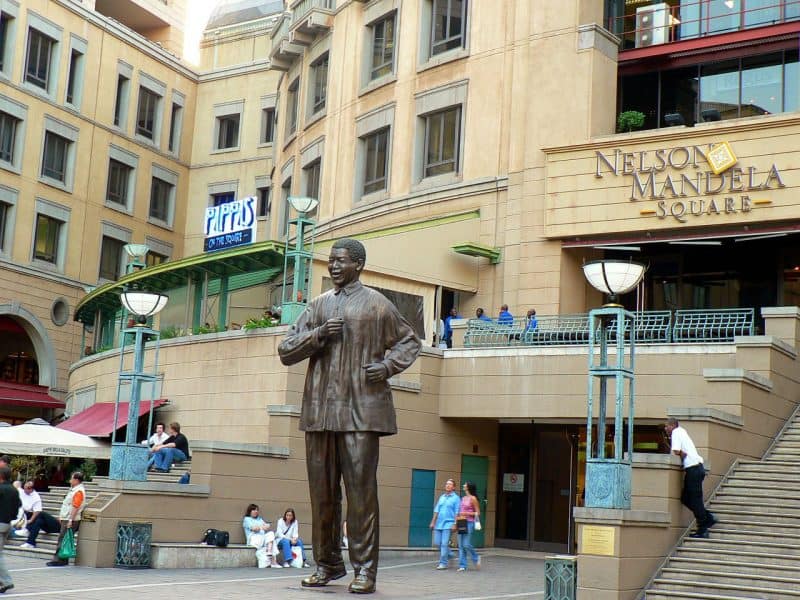 Though urban areas are dominant there were a number of natural attractions, one of them being the private Rhino and Lion game reserve situated about an hour’s drive from Johannesburg, which had four of the African big five (except elephant) plus wild dogs and other regular herbivores.

The third largest city in South Africa, Durban is a premier seaside destination of South Africa.

Situated within the Kwazulu Natal province, the city has a wealth of cultural and scenic attractions, while a three-hour drive to the north takes you to some very impressive private big five game reserves, the most popular being the Zululand Rhino reserve, which offers you the best chance to see the white and black rhino. 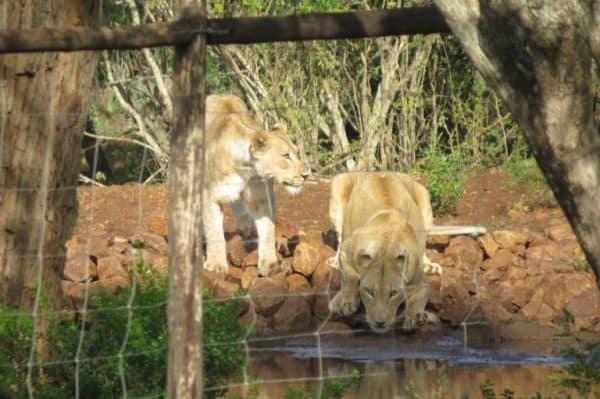 This masterpiece was our home for six unforgettable nights and equally memorable days. Our lodge at the Zebra Hills was strategically located in the heart of Zululand and overlooked an extremely busy waterhole, with the Lebombo mountains in the distance making a perfect setting. This big five big game reserve is spread over 24,000 hectares and received international recognition for a successful introduction of black rhino in 2005.

Apart from the diverse wildlife, the park had an astonishing bird life of nearly 450 species. 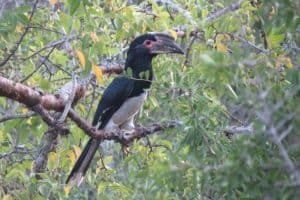 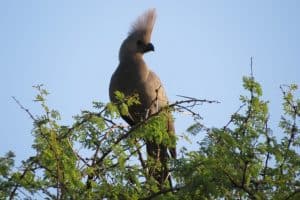 It’s hard to leave a place like this. There’s plenty more to see if you’re up for a South African safari on a budget and have more time to hop around to the neighbors!

Want to adventure some more? Try any of these bungee jumping locations in South Africa! 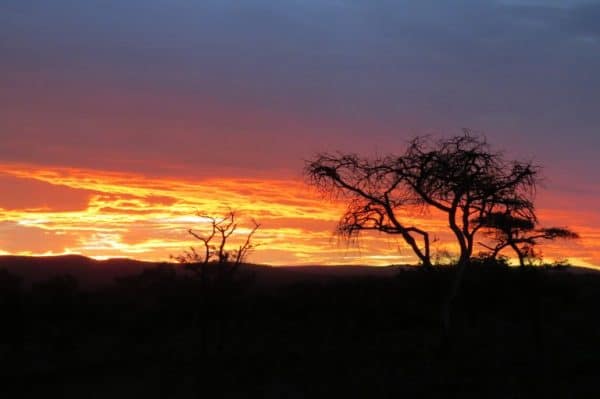 Breathtaking sunset view during our 2-week trip in South Africa.

The second largest city in South Africa, after Johannesburg, Cape Town is famous for its scenic beauty, a bustling waterfront, and a lively metropolitan area, very popular with international tourists.

The excellent beaches with the most famous landmark of Cape Town towering over them, the imposing Table Mountain, makes this place an extremely popular travel destination. Along the east coast lies the most sought after garden route, stretching from Cape Town to Port Elizabeth, several hundred kilometres away. 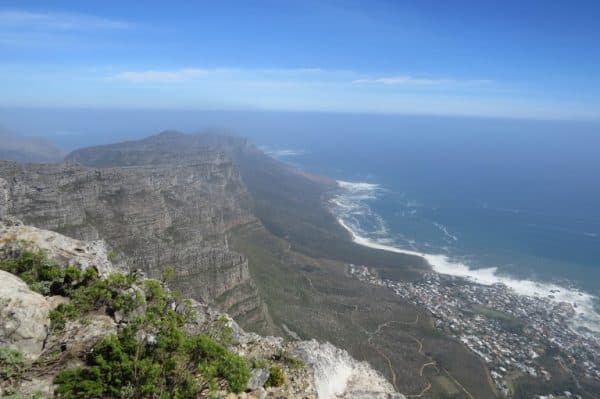 There is always something happening in Cape Town at some time or the other and a true world of unique experiences await the visitor, ranging from wine, cuisine, cultural events, epic adventures, and heady mixture of natural beauty coupled with notoriously friendly locals.

If you have to do just one thing in Cape Town it is the visit to the Table Mountain by the aerial slowly rotating cable car.

This cable car offers incredible 360-degree views of the city and the ocean. Another highly recommended trip is the Chapman’s peak drive, driving alongside near vertical cliffs cut into the mountainside with a sheer drop to the sea below.

Chapman’s Peak drive is located between Hout Bay and Noordhoek which is the most thrilling drive in South Africa.

The buzzing waterfront is the total entertainment, dining and shopping centre in Cape Town for locals and visitors alike. It is a live harbour, best viewed by a harbour tour by boat or after sunset on exquisite wooden schooners.

Other exciting excursions were to Boulder island, in Simon’s town to see the penguins. This place is via Noordhoek and as such can be combined with the Chapman’s drive conveniently to save time. 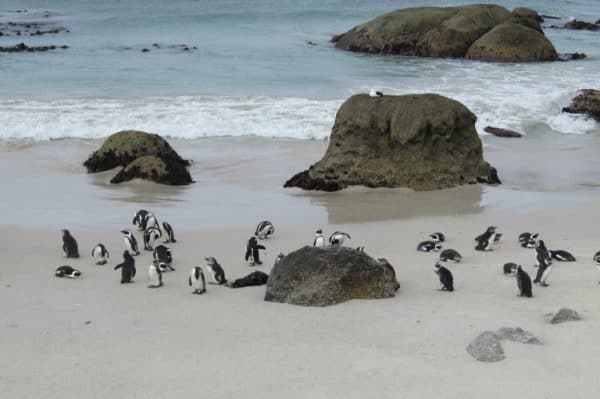 Penguins dancing on the beaches of South Africa.

The most fun trip for us, however, was the visit to the World of birds sanctuary and monkey park situated in Hout Bay. A paradise for photographers and nature lovers, this is one of the few large bird parks anywhere in the world and a premier Cape Town tourist attraction.

The great outdoors of South Africa are a tribute to Mother Nature, for it seems that even she surpassed herself while creating this country. Driving along the amazing coastal roads and sipping excellent wine with our hosts, our trip to this great country itself, was a truly memorable way to commune with the outdoors. 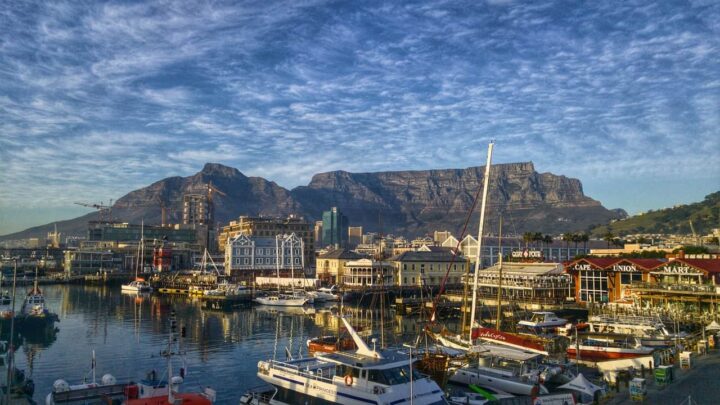 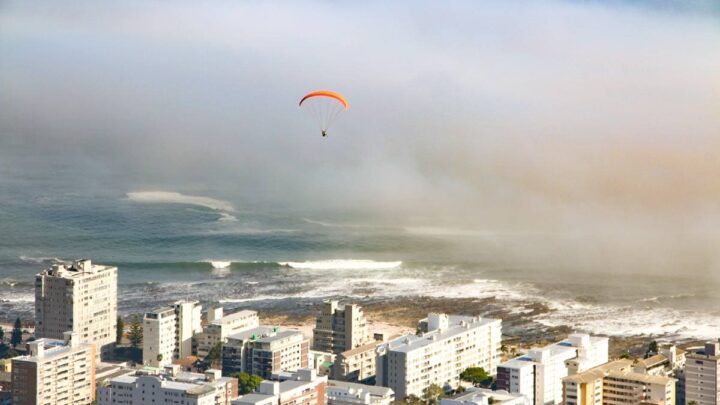 What do we think about this two-week itinerary for South Africa? Would you go on this trip? Or do you have some other spots on your South African bucket list? Don’t want to leave? How about a month long road trip around South Africa?

Wander with Jo is a passionate globetrotter, wildlife enthusiast, thrill seeker and writer. She loves to explore new places and inspire others to travel. She likes to travel far and wide (Well, Africa counts, right?) and then writes on her blog to share her escapades. Follow along… Facebook | Instagram

Pin me for later! 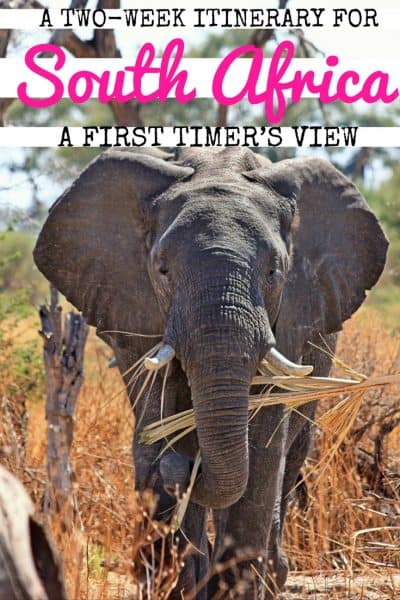 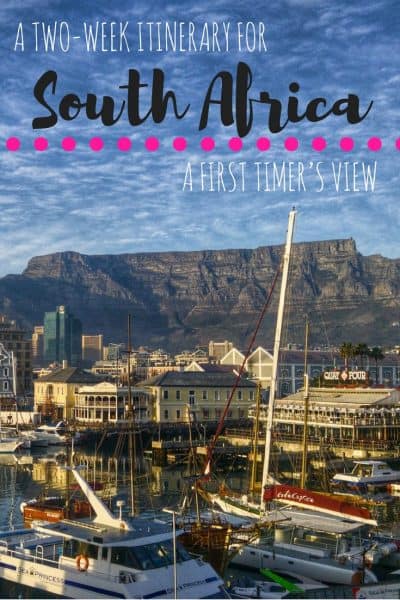 thanks for sharing your experience with us. Big like on the video in your post, it's short but very amazing.