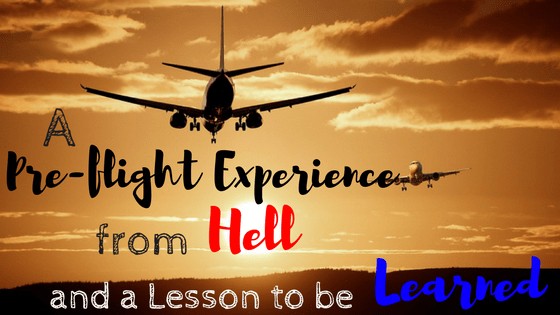 I booked my one-way flight to South Africa because I was moving out there to be with my boyfriend at the time!

What?! Moving to South Africa?! Never did I think that was in the cards for me… but it happened! Three months of just living life like normal, going to work and meeting new people…

That’s not what this story is about, though… This is about a stupid, awful, and very annoying mistake I made.

There’s a good lesson here. Don’t make the same mistake I did!

Be careful who you fly with, check all requirements, and make sure your quick layovers DON’T cause you to almost miss your flight to begin with! Ehem…

This is my pre-flight experience from hell

Let’s start from the beginning. I was over an hour away from Suvarnabhumi Airport in Bangkok, Thailand. I requested a taxi from my local friend to take me down and to get me there early.

We left with plenty of time to spare and I arrived at the airport three hours before my flight. THANKFULLY. If I was even ten minutes later, I would have been royally f*cked. Little did I know…

I get in line at the checkout counter all excited for my big move to South Africa!

I hand over my passport and await my boarding pass…

“Excuse me miss,” said the adorable Thai woman from behind the desk.

“Do you have your yellow fever shot?”

“No, I don’t.” (proud and prepared that I knew SA wasn’t a yellow fever country)

The woman types a bit more with a distressed and slightly perplexed look on her face, then comes back to me… “I’m sorry we need proof of your yellow fever shot.”

“Uhm, excuse me, but why would I need that? South Africa isn’t a yellow fever country.”

“Yes, ma’am, but Ethiopia is, and you’re flying Ethiopian Airlines and have a stopover in Addis Ababa.”

What the actual, WHAT?! You mean to tell me my measly two-hour layover in Addis Ababa will require me to get a yellow fever shot? I don’t even leave the airport, my luggage is transferred, I will be getting off one plane and onto the next. I don’t understand! 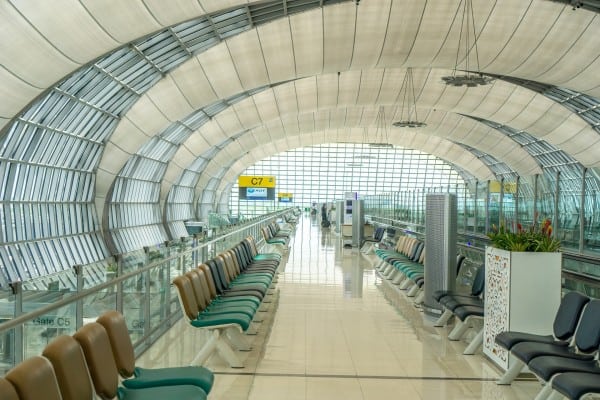 I didn’t actually say all that, but I tried to ask questions as I was completely perplexed how this could be right? Are you REALLY sure I need this shot? Surely you’re getting mixed up, you did see this is JUST a layover, right?!

Surely, SURELY I could pass through just fine, right? Why would I need a shot for a country I wasn’t actually going to?

RELATED POST: I’m a traveler but I hate flying!

There were phone calls, many phone calls. Eventually, I acquired an escort officer who led me to a lounge of some sort to wait. I sat on edge on the verge of tears thinking I was going to miss my flight.

So I waited. Then I was escorted through a special security line to another lounge looking room with nobody in it. It was quite dim.

I was told to answer the phone when it rang and the escort walked off leaving me alone.

The phone rang. I had someone on the other line try to ask me again, where is my yellow fever card? I explained the situation and they told me I needed it. Apparently, it was in the tiny fine print that nobody ever reads. EVER.

So what now? I need this shot? How do I even get this shot? Oh, and the best part – I actually needed this shot no less than two weeks ago according to them because it takes time for the shot to actually go through your body and do its thing… You know, like help prevent yellow fever!

I, again, was shuffled through another security line and into another room where a gentleman met me and explained to me, the only way I was going to get on this plane was if I got a yellow fever shot. Right now. At this airport.

I was in tears already. I saw the time ticking away and my flight was boarding soon.

Now I needed to put some disgusting vile poison in my body right before a flight when it was totally unnecessary and would actually be useless.

They ushered me yet again through another security line and into the “health clinic” of the airport. It was literally a mini kiosk set to the side next to the money exchange counter.

I JUST spent the last of my money considering I was leaving the country for three months. I had nothing on me!

So now my nightmare just got that much worse. The time is really ticking away, and the boarding of my flight has started as the endless TVs displaying all the flights so kindly reminded me of, and now I have no money for this shot.

Is there an ATM? No. No ATM around here.

FUCK MY LIFE. Whatever! Just take my money already! (obviously just thinking this, not saying it!)

I got the cash, got the jab, and then they quickly shooed me off to my flight through express security lanes.

What the… what just happened?!

I was in an immense daze on that flight after all of that craziness! But I was able to come to shortly after take off to notice I was on perhaps the most ancient plane still in the sky. The seats were tattered and torn, there was no TV anywhere on this long haul flight, and there were ASHTRAYS on each arm rest. I was in the damn twilight zone.

What a mess I got myself into! Lesson learned. Lookup restrictions when you have a layover in a city that could potentially be an issue for you. Whether it’s a possible visa you will need to obtain because your flights aren’t connected or the layover is too long, or vaccines that you might need to acquire despite spending less than two hours at the layover destination or some other possible travesty you MIGHT be able to foresee.

Oh, and try not to fly on the shittest airline known to man either.

This pre-flight experience from hell was awful and one I wouldn’t wish on anyone. Do you have any to share with me? 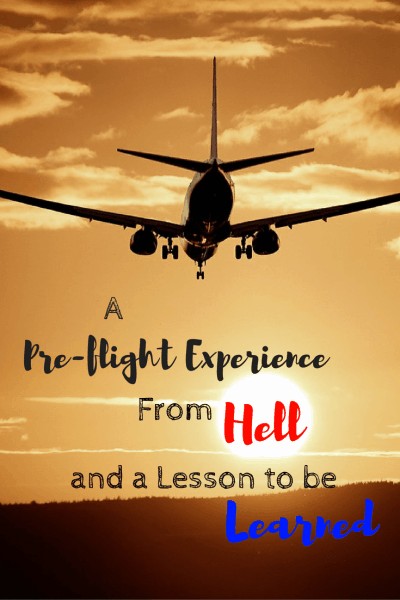