So flying into Cebu City was the welcome to the Philippines I got. If you read my last post, you would know how awful it was. I essentially was nearly deported out of the country for not having a departing flight. Thankfully it ended with me being able to stay the country and push forward with the adventure ahead. My friend and I got in a taxi, made our way to our hotel, and the next morning, luck didn’t change for the better. Unfortunately the wifi at the hostel was nearly nonexistent. It was so slow, it loaded nothing. Considering we both work online and had obligations to actually work, this was really bad news for us. We went to a Starbucks and had to pay to use the internet that day, 60 pesos an hour. Sitting in a Starbucks for hours on end is not fun and we certainly couldn’t do this consistently.

The second day we went to Location 63 which is a coworking spot. Fortunately, the wifi was perfect here. But we again, had to pay for it. 500 Pesos for the day, which was well spent considering the facility was nice, but did we really want to pay for internet everyday? Certainly not. We didn’t sign up for this. We needed it at the guesthouse.

Cebu City was uneventful. We were staying in a area which could be best described as the slums. I didn’t like it at all. The area which was “nicer” wasn’t anything too special. All I saw were fast food restaurants or a few expensive hotels. My option for food one night, considering I’m vegetarian, was a McDonalds cheeseburger with no meat. I was hungry for real food, hating the city, annoyed at the wifi situation, and quite frankly, ready to get the fuck out of that area.

Neverland Manila was only two days away so this was our two days in Cebu, attempting to work and waiting patiently for our flight to Manila where we could get lost in the music.

Finally the day came and off to Manila we went! We landed late at night, got some rest at the hotel, and the next morning checked out our rooftop pool. Yay! Things were looking up. It was Friday, the day of the concert, and we had an awesome pool with a view to chill at for the day. I got super brown, showed up and was ready for the night. Stocked up on red bull, downing Bombay and gingers, and to the Mall of Asia Arena we went…

It was raining a bit, but luckily it didn’t last long. What can I say about the concert? The music was screaming through the speakers, I was swimmingly drunk and happy, met some cool locals to dance with, saw some great visuals, and had a freakin blast. Like any other electro festival, love and good vibes were in the air and good music all night. It was a fantastic night. Period.

The next day consisted of not moving from the bedroom and literally eating every meal in bed that was ordered through room service. Thank god for room service. It was a rough day, but certainly worth it.

Considering the dire wifi situation, I said goodbye to my friend who went back to Thailand so he could work, but I pressed on with the adventure and made my way to Palawan…

Shogun Hotel in Manila- Nice and decent room. We stayed here because it was pretty close to the concert venue. It was pretty much attached to a shopping mall. The staff was helpful, the rooftop pool was really nice, the room service food was good and we used it often, and they also assisted us in getting taxis when needed. The room was aircon, clean, and also had a fridge. 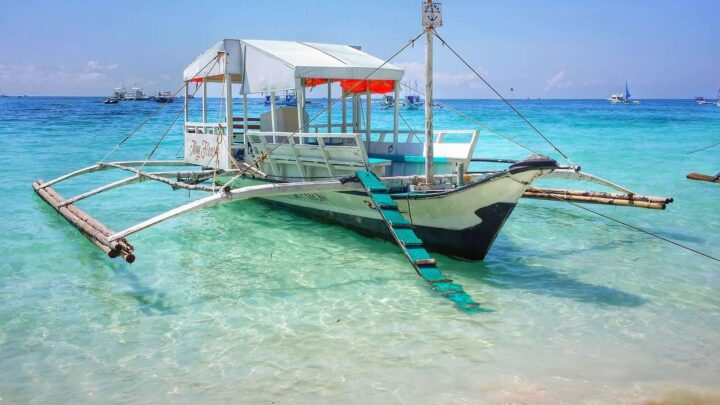